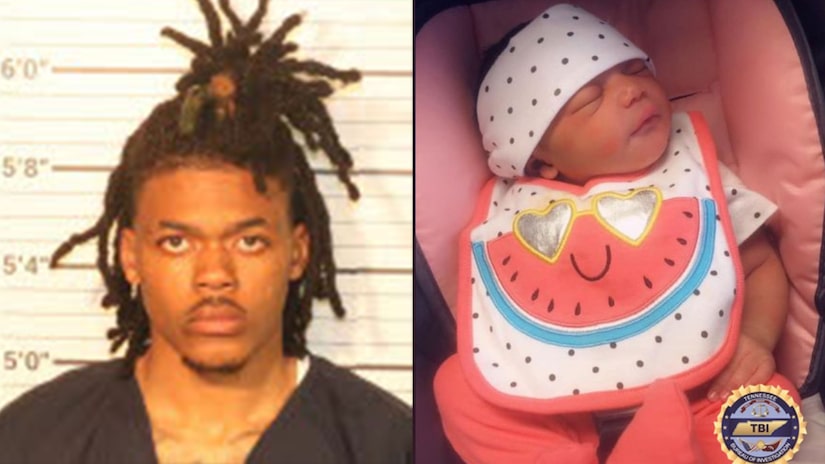 MEMPHIS, Tenn. (TCD) -- A 25-year-old man accused of killing his 2-day-old daughter and the little girl’s 27-year-old mother has been taken into custody and charged with murder.

The Tennessee Bureau of Investigation issued an Amber Alert on the morning of Wednesday, Feb. 2, for Kennedy Hoyle. She was last seen Feb. 1 near Sedgewick Drive and Levi Road in Memphis, according to the alert. According to a Memphis Police Department update, on Feb. 1 officers found an abandoned vehicle near those streets at 11:15 p.m. and then located a body of a 27-year-old woman identified as Kennedy’s mother, Danielle Hoyle.

According to WMC-TV, Isabelle reportedly admitted to shooting Danielle as well as tossing his daughter in the water at the Upper Mud Island Boat Ramp in Island Park. He reportedly threw the gun away in the Mississippi River. WREG-TV reports Kennedy’s car seat was discovered in a dumpster at a Walmart in Whitehaven.

Isabelle is being held without bond. Memphis Police will continue to search for Kennedy’s remains.