HARTSELLE, Ala. (TCD) -- A 22-year-old man was taken into custody by FBI agents after he allegedly used a social media app to try to hire someone to rape a female acquaintance.

According to court documents cited by AL.com, the FBI arrested Matthias Jacob Edward Mann at his home Thursday on charges of attempted kidnapping and attempting to entice someone to cross state lines to commit a sexual crime.

In December, a detective with the Owatonna Police Department in Minnesota was reportedly monitoring a group on the app Kik called "Abduction and R@pe 3." AL.com, citing the court documents, reports Mann wrote under the username "Dylan H" and allegedly wrote in the group, "Can anyone abduct and rape a b--ch in Wisconsin?" An undercover officer, Det. Berg, reportedly responded to Mann and said he would assist.

WHNT-TV, which also cites the court documents, reports Mann, using the name Dylan H, shared information about the intended victim with Berg. He reportedly called the woman from Sun Prairie, Wis., an "ex-friend" and told Berg, not knowing he was an undercover officer, that he wanted this woman to have "the most brutal rape imaginable."

Mann reportedly sent photos and the intended victim’s address to Berg. Berg reportedly spoke with Sun Prairie Police and created a plan to make sure the woman was safe, AL.com reports.

According to WHNT, the intended victim told Berg she knew Mann, but they had never met in person.

Mann and Berg reportedly spoke on the phone, which Berg recorded, in which Mann asked him to record a video to confirm it actually occurred. AL.com reports Mann said he would pay Berg $100 for gas and $2,000 once the rape occurred. Mann reportedly told Berg to send the video of the rape to an address in Hartselle.

WHNT reports an Alabama FBI agent was contacted on Jan. 4 about the situation. Law enforcement officials reportedly went to Mann’s house and located a car registered under his name. He was taken into custody and is being held in the Morgan County Jail. 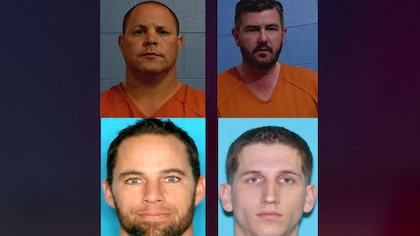