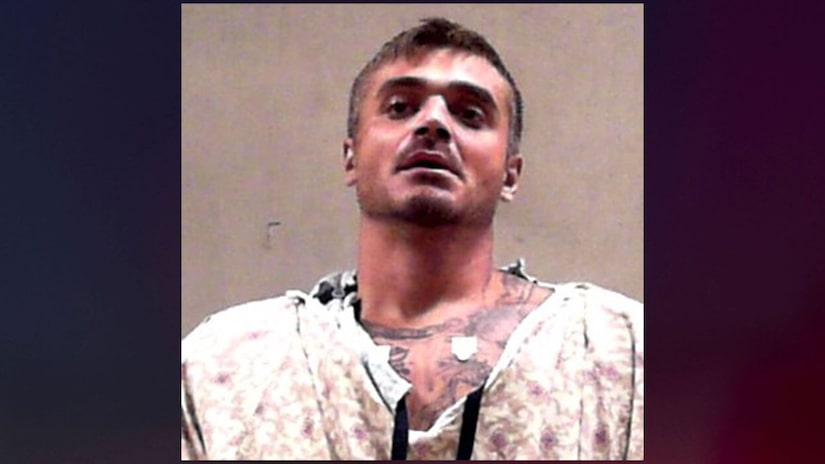 MARIETTA, Ohio (TCD) -- An Ohio man was arrested in West Virginia for allegedly killing his adoptive mother, sawing her head off, and setting her on fire because he said the Holy Spirit told him she was the devil.

The Marietta Times reports that Washington County Sheriff’s Office deputies, the Grandview Township Fire Department, detectives, and the state fire marshal responded to Diane Gore’s home at 130 Cemetery Drive in New Matamoras around on Nov. 5 at approximately 6:20 p.m. for a report of a structure fire.

According to WJW-TV, Diane’s sister, Stephanie Williams, came home and allegedly witnessed the suspect, Lionel Gore, covered in blood, running outside, and yelling, "Get out of the way or I’ll kill you next." Diane reportedly tried entering the home but was stopped by the flames. Lionel reportedly fled the scene by car.

WJW reports Lionel’s 6-year-old nephew told detectives he witnessed his uncle sawing Diane’s neck with a knife before setting the residence on fire. The boy was able to escape the smoke by crawling out of the house, WJW reports.

According to the Marietta Times, the boy said Lionel started using a smaller knife but then switched to a larger one to decapitate his mother. Firefighters reportedly found her body in what is believed to be the home’s master bedroom.

The Marietta Times reports Lionel got into a car chase with the Wetzel County Sheriff’s Office and struck two deputy vehicles. He was transported to a Wetzel County Hospital in West Virginia.

At the hospital, Lionel reportedly told detectives that he was adopted and that Diane wasn’t his mother. Citing an affidavit, the Marietta Times says Lionel told investigators, "I cut her head off and set her on fire." He reportedly said that the Holy Spirit told him to commit the crime because she was the devil.

Lionel was booked into the Wetzel County Jail on charges resulting from the car chase.

The Marietta Times says Grandview firefighters were able to find Diane’s decapitated body in a bedroom, and her head was reportedly lying beside her torso.

According to the Marietta Times, Chief Deputy Mark Warden said a preliminary report is out on Lionel. While in Wetzel County, he reportedly broke into a house and kidnapped a girl.