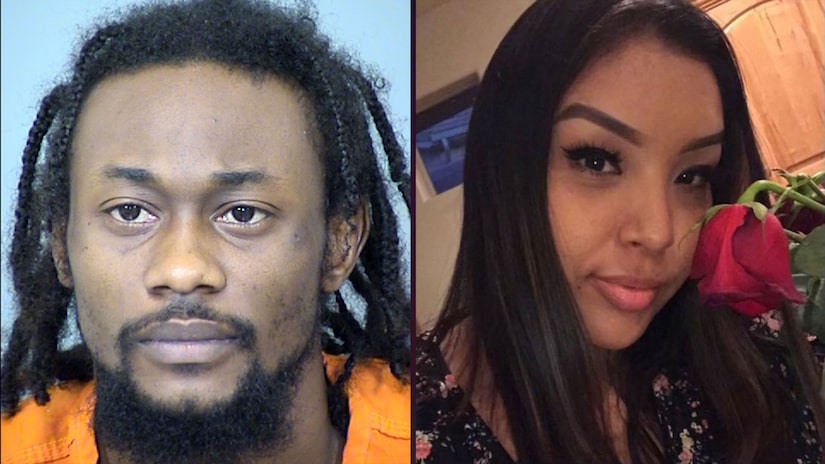 PHOENIX (TCD) -- A 27-year-old man was arrested Monday for allegedly fatally shooting his ex-girlfriend and another man in her apartment.

Phoenix Police Sergeant Vincent Cole reportedly wrote in a statement, "Love-Mason asked a neighbor to knock on the door, and when it opened, forced his way into the resident, shooting both Benallie and Martin Louis, who were later pronounced deceased."

KSAZ reports Love-Mason fled the scene to his mother’s apartment in Tempe, where he was arrested. Prosecutors reportedly said in court Tuesday that investigators discovered 13 shell casings at the crime scene. Surveillance footage also reportedly showed him on the light rail to Tempe.

Maricopa County Jail records show Love-Mason was booked on two counts of homicide, one count of probation violation, one count of criminal trespass and burglary, one count of weapons and explosives, one count of interference with judicial process, and one count of family offenses. KSAZ reports he is being held on $2 million bond.

According to KSAZ, prosecutors brought up in court that Love-Mason had previously been convicted of four felonies, including "aggravated assault for assaulting and choking a different female."

Love-Mason reportedly said in court Tuesday, "A lot of this stuff is not true. I definitely did not murder the person I did love."

KSAZ reporter Justin Lim tweeted Tuesday that Benallie had five children. Her 3-year-old was reportedly inside the house when Love-Mason allegedly showed up. Benallie reportedly had a protective order out against Love-Mason due to "multiple reported incidents of domestic violence" against Benallie.