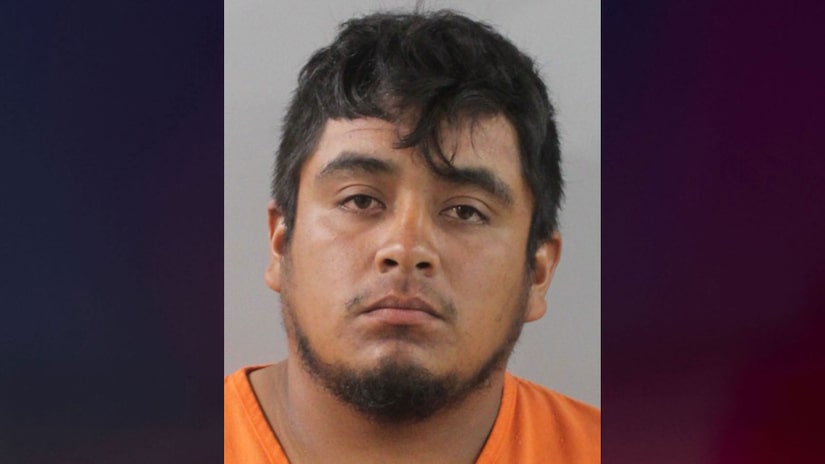 DAVENPORT, Fla. (TCD) -- A 22-year-old man was arrested Saturday for allegedly trying to kill his co-worker with a box cutter.

According to a press release from the Polk County Sheriff’s Office, Nelson Carpio Garcia, who is in the country illegally, was working with two other men on a home construction site on Oak Reflection Loop. The victim and Garcia reportedly got into an argument over Garcia drinking on the job.

As the argument progressed, Garcia allegedly pulled out a box cutter and "cut the victim multiple times on his neck and chest," the Sheriff’s Office says. He fled the scene on foot to an unincorporated area of Davenport.

Due to the nature of his injuries, the victim was reportedly airlifted to a hospital where he was treated and subsequently released.

According to the Sheriff’s Office, deputies searched the area for Garcia using the Aviation Unit as well as K9 teams until they found him near Bargain Barn Road and U.S. Highway 17/92. Once he was located, the Sheriff’s Office says Garcia admitted to "attempting to kill" his co-worker. Deputies reportedly seized the box cutter from Garcia as evidence.

He was arrested and charged with attempted first-degree murder.

Garcia has a past arrest on his record from August 19, 2020, for not having a valid driver’s license, according to the Sheriff’s Office. Since Garcia is reportedly not a United States citizen, ICE was alerted of his arrest, and he was released into their custody.

Polk County Sheriff Grady Judd said in a press release, "This is the second time in a year that Garcia, who should not even be in the country, has been arrested. In 2020, we notified ICE when he was booked into our jail and they picked him up. Now he’s back, trying to murder our citizens. Luckily, the victim wasn’t killed and should make a full recovery."