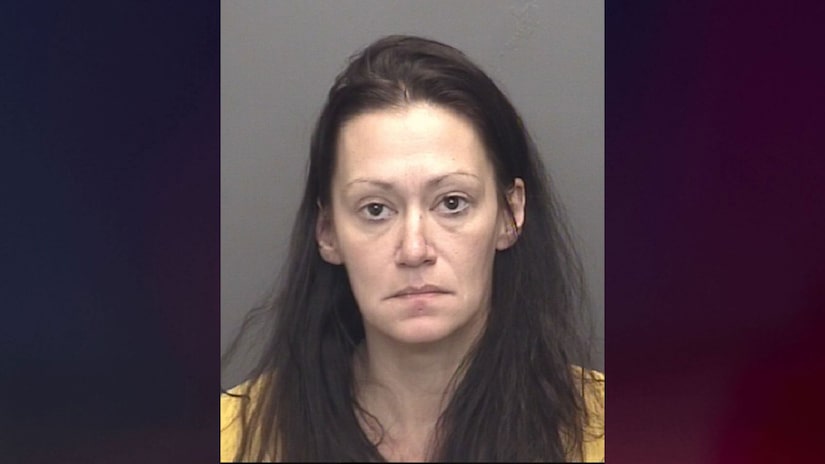 EVANSVILLE, Ind. (TCD) -- A call regarding a "possible kidnapping and murder" led police officers to discover a shackled female victim and a dead male.

Evansville Police Department Sergeant Anna Gray said in a press conference that officers were dispatched to the 1800 block of Stinson Avenue at approximately 11 p.m. Tuesday to assist Indiana State Police with the call.

According to WEHT-TV, the initial call to authorities came from a woman who reportedly went to 36-year-old Heidi Carter’s home to help clean it. Gray said in her press conference the woman "saw a dead body and ran out of the home to get help."

Evansville Police Department officers located the woman who called, along with Carter, who was armed. Carter reportedly informed officers there were still several other people inside the home.

Gray said police ordered everyone inside the house to get out. One man complied with officers as he exited and told them about other people inside the home, including his two teenage children. He reportedly asked his kids to go upstairs.

Gray said authorities started calling for the others to exit the residence. Another man reportedly came out in what Gray called a "shooting stance." The man "disregarded the commands" and ran outside in an "aggressive manner." The suspect was also "holding an object in his hand" shaped like a gun. Officers fired at the man in order to "stop the perceived threat."

WEHT, citing court records, identified the man as Carey Hammond. Gray said he was actually holding a metal and plastic item to appear like a gun. Gray said Hammond was pronounced dead on the scene. She believes it was a "suicide by cop" situation.

The first man who exited is reportedly not considered a suspect, but he was a resident in the home. The juveniles were reportedly found unharmed upstairs.

As police cleared the home, they reportedly found a female victim who had been "tied up, shackled, and had visible injuries." She is alive and was transported to a hospital for treatment.

After obtaining a search warrant for the home, Gray said officers stumbled upon a "gruesome and suspicious" death. A male victim, who was "deceased and beyond help" had been "restrained, duct taped, beaten, and strangled," according to Gray.

According to a probable cause affidavit provided by WEHT, Carter met the two victims on a dating app before inviting them over. The female victim, the male victim, and Carter "consumed alcohol and narcotics before engaging in sexual activity."

Hammond reportedly arrived at the residence during this time and started beating the female and male victims with a baseball bat. Hammond allegedly wrapped a belt around the male victim’s neck and strangled him with it.

Carter was charged with murder, two counts of intimidation with a weapon, rape, two counts of criminal confinement, assisting a criminal, and abuse of a corpse. She is being held without bond.