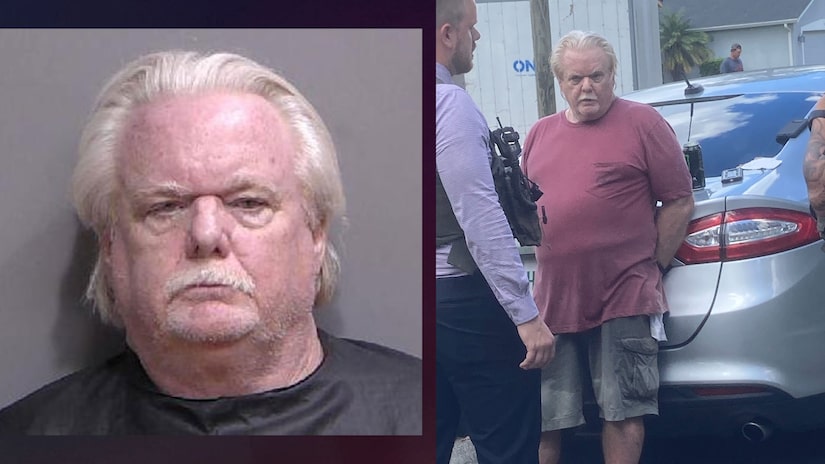 FLAGLER COUNTY, Fla. (TCD) -- A 63-year-old man was arrested this week following an incident in which he allegedly attacked his roommate with a knife and hammer.

According to the Flagler County Sheriff’s Office, deputies responded to a stabbing call Wednesday on Berkshire Lane in Palm Coast. When they arrived, they reportedly found the victim with "several lacerations" on his body, including his shoulders, as well as "multiple bruises on his back and face."

Flagler County deputies reportedly noticed "large amounts of blood" near the front door of the residence.

The victim, who remained unnamed, told the Flagler County Sheriff’s Office that the suspect Steven Schneider walked into a bedroom where the victim was watching television with his mother. Schneider allegedly started looking through the victim’s closet and when asked what he was doing, Schneider "charged at him with a large knife in one hand and a hammer in the other."

He was soon apprehended and taken into custody without incident. The victim is expected to make a full recovery.

According to Flagler County Jail inmate records, Schneider was charged with attempted murder and was being held on $100,000 bond.