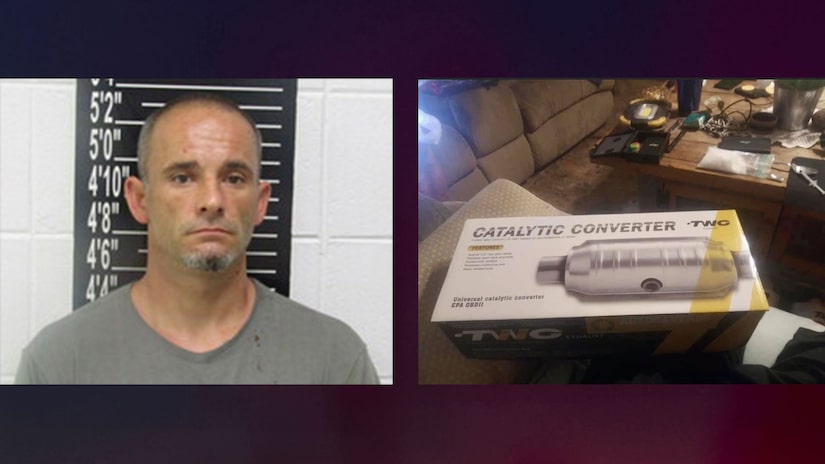 REEDS SPRING, Mo. (TCD) -- Authorities arrested a man who allegedly posted a photo on Facebook Marketplace with meth in the background on Wednesday.

According to Stone County Sheriff Doug Rader, James Kertz was trying to sell catalytic converters on Facebook Marketplace. However, Kertz allegedly failed to move a bag of meth and syringe out of the background in the photo advertising the catalytic converter.

After being alerted about the social media post from a concerned citizen, Stone County Sheriff Doug Rader announced that his team obtained a search warrant to investigate Kertz’s home. When officers arrived, Kertz reportedly still had 48 grams of meth, as well as a pistol in that he is "forbidden to own."

Rader told KY3-TV, "In the background was a bag containing a white crystal substance and a needle and a spoon laying next to it."

Kertz reportedly told deputies he did not know the drugs were in the picture in the first place.

According to KY3, Kertz has multiple past convictions on his record, including resisting arrest, third-degree domestic assault, possession of a controlled substance, and endangering the welfare of a child.

According to Stone County Jail records, James Kertz was charged for possession of controlled substances, marijuana/synthetic cannabinoid, and parole violation.

He is being held at Stone County Jail without bond.