ATLANTA (TCD) -- A 35-year-old man was arrested August 20 after police allege he fatally shot his girlfriend and his girlfriend’s brother on the southwest side of the city.

The Atlanta Police Department wrote in a statement August 20 that officers responded to a call at 8:45 p.m. at 1185 Sells Avenue SW regarding a person shot. Officers found two victims suffering from apparent gunshot wounds, and both were pronounced dead at the scene.

According to the Atlanta Journal-Constitution, the Fulton County Medical Examiner identified the victims as Robert Bankston Jr., 25, and Cedrika Smith, 35. Atlanta Police Department said Bankston and Smith were siblings.

Atlanta Police Major D'Andrea Price told the Atlanta Journal-Constitution the shooting "appears to be targeted" and it was "not random." 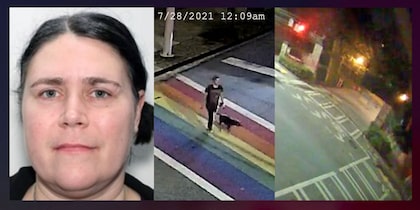