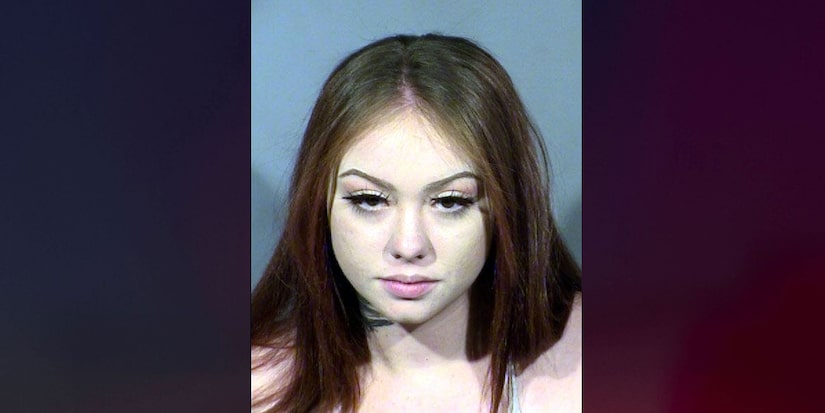 The mother of a 2-year-old boy allegedly murdered by the woman’s boyfriend was arrested on prostitution charges in Las Vegas Wednesday morning, according to multiple reports.

Tayler Nicholson was arrested at the MGM Grand hotel on Las Vegas Blvd. after midnight Wednesday on three counts of soliciting prostitution by undercover Las Vegas Metropolitan Police officers, KSNV-TV reports. She was also charged with possession of a dangerous weapon, identified as a set of “brass knuckles,” according to KSNV.

Nicholson, 21, allegedly discussed an exchange of money for her sexual services at the MGM Grand bar Tuesday night, according to KVVU-TV, and while walking to a hotel room with three undercover officers, Nicholson was arrested.

Nicholson’s 2-year-old son Amari Nicholson was reported missing from an apartment complex on Paradise Road on May 5.

Tayler Nicholson’s boyfriend, 27-year-old Terrell Rhodes, was arrested on May 11 for murder. Nicholson had reportedly left her son in the care of Rhodes while she made an emergency trip to care for her mother in Colorado.

The next day, on May 12, the missing boy’s body was found at an apartment complex on the 400 block of East Twain Avenue.

Rhodes told police that the boy had urinated in his clothing, and Rhodes struck the boy “three or four times in the body with a closed fist.” Rhodes said the boy stopped breathing, so he attempted CPR, but the boy died, and Rhodes reportedly told police he disposed of the boy’s body.

Homicide detectives found blood on a bedroom wall of an apartment, and a plastic bag “filled with soiled children’s clothing” in a closet.

Rhodes was charged with murder, and with four counts of resisting a public officer with a firearm and four counts of assault on a protected person with the use of a deadly weapon. Rhodes had allegedly grabbed an officer’s gun during his arrest.