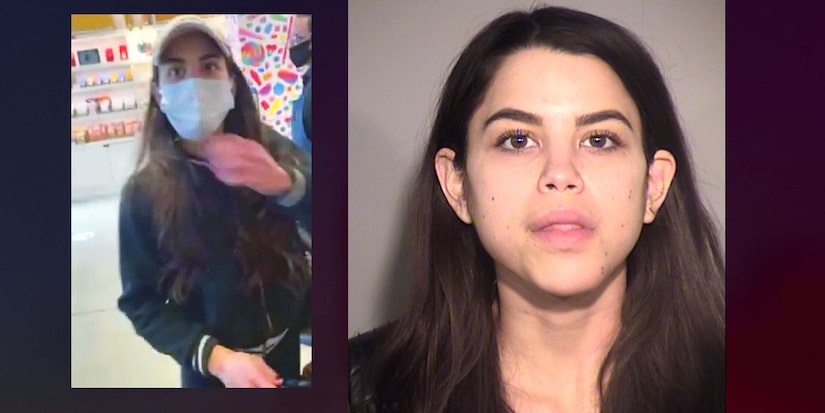 A woman who falsely accused a Black teenager of stealing her phone, then tackling him in a New York City hotel in December, was arraigned Wednesday. She pleaded not guilty to the charges against her.

NBC News reports Miya Ponsetto was indicted Wednesday by a New York County grand jury on two counts of unlawful imprisonment as a hate crime; aggravated harassment; and endangering the welfare of a child.

Ponsetto’s lawyer entered a plea of not guilty on her behalf during a video arraignment in Manhattan Supreme Court Wednesday, the New York Post reports. Ponsetto, 22, is scheduled to appear in court next on Oct. 20.

Ponsetto falsely accused a teenager of stealing her phone, then tackled him at a New York City hotel on Dec. 26, 2020. The incident was recorded on camera. She was arrested in January in her home state of California.

The New York Police Department had flown detectives to California with a warrant for Ponsetto's arrest.

The father of the teen who was confronted by Ponsetto recorded the incident and put the video online. In his video, an agitated woman is seen demanding the teen's phone, claiming he stole it. A hotel manager tries to intervene. Security video later released by the NYPD shows Ponsetto frantically grabbing at the teen as he tried to get away from her through the hotel's front door.

Ponsetto's phone was later found in an Uber, and was returned by the driver.

In January's arrest, Ventura County Sheriff's deputies arrested Ponsetto after spotting her driving near her home in Piru, northwest of Los Angeles. She drove two blocks before stopping her vehicle, then refused to get out of the car, the sheriff's office said.

“She tried to slam the door on one of the deputies and that's when they just reached in and forcibly removed her,” said Ventura County Sheriff's Capt. Eric Buschow.

Ponsetto is also being sued by the family of the then 14-year-old boy. 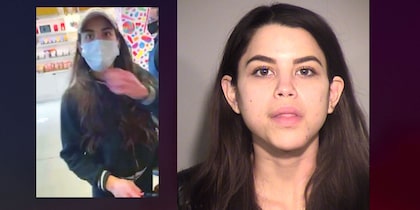