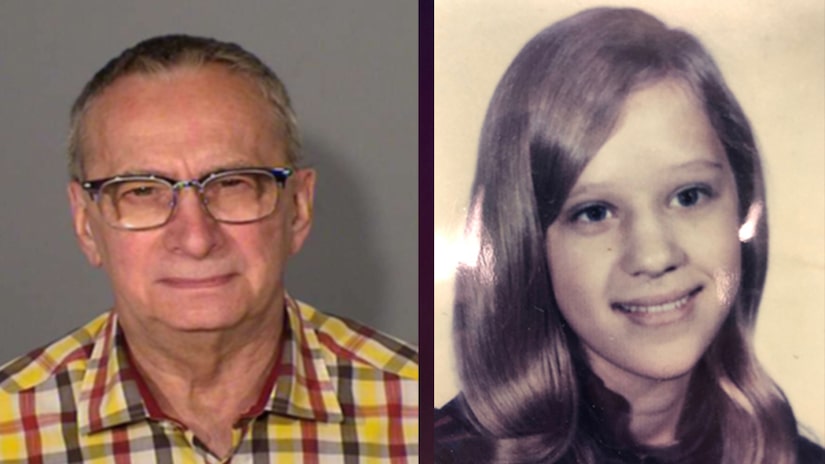 A 76-year-old Minnesota man was taken into custody for his alleged involvement in a case from nearly 50 years ago when a 15-year-old girl was assaulted and murdered in Illinois.

Naperville Police said Hanson was reported missing June 8, 1972. Her body was found in a cornfield ditch later the same day.

Hanson was riding her younger brother's bike when she disappeared, on June 7, the Chicago Tribune reports.

The Chicago Tribune reports Hanson had been stabbed 36 times, and she had been sexually assaulted. Police did not identify a suspect at the time.

According to the police, Whelpley, who was 27 at the time of the murder, lived about a mile away from the Hanson residence. Detectives working the case used DNA and genealogy technology to connect Whelpley to the case.

Whelpley was arrested in Mounds View, Minnesota, about 12 miles outside of St. Paul. A neighbor said a SWAT team swarmed his house, the Tribune reports.

Whelpley is charged with three counts of first-degree murder and his bond was set at $10 million. He's set to be extradited from Minnesota to Illinois.

The Chicago Sun-Times reports the Will County, Illinois State's Attorney's Office did not give a timeline of when Whelpley was expected to arrive in Illinois.