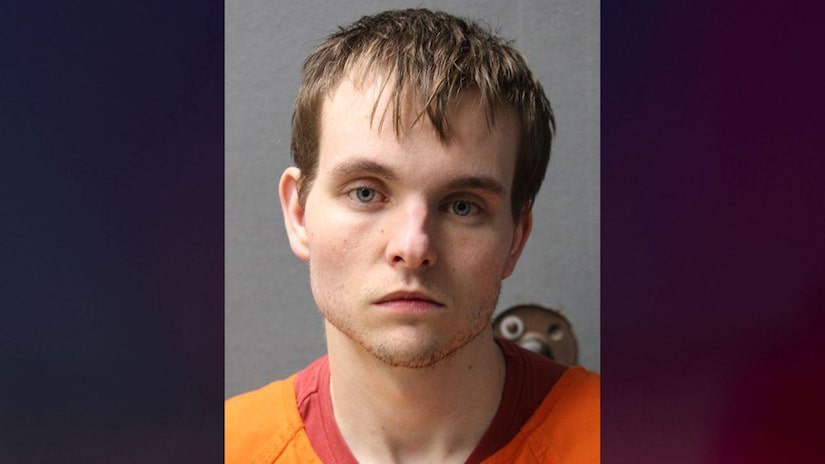 A Bronson, Iowa man free on bond in a false-imprisonment case in May was arrested Friday after allegedly hiding in a woman's car and using homemade chloroform to abduct her in Nebraska.

According to KMEG-TV, on Thursday, June 3, South Sioux City Nebraska Police officers received a missing-person report when a woman's car was found with a purse and cellphone inside, with the windows rolled down.

Smith reportedly admitted to hiding in the unidentified woman's car for more than three hours. He told deputies the woman is his ex-girlfriend, the Journal reports.

Smith told police the woman got in her car with a passenger, who she later dropped off. That's when Smith reportedly revealed himself and threatened the woman with an airsoft pistol, and allegedly forced her into his own vehicle, blindfolded her, and allegedly bound her with zip-ties and duct tape, according to the Journal's report. Smith then forced a towel soaked in "homemade chloroform" on the woman, causing the woman to lose consciousness, investigators allege.

The woman woke later and escaped from a shed on Smith's property in Bronson. She was found in rural Woodbury County by family members searching for her, KMEG reports.

KMEG reports Smith allegedly told detectives he had been planning the abduction for two weeks, and had wanted to keep the victim for a week.

Smith reportedly had condoms, lubrication, rope, duct tape and zip-ties in a backpack. 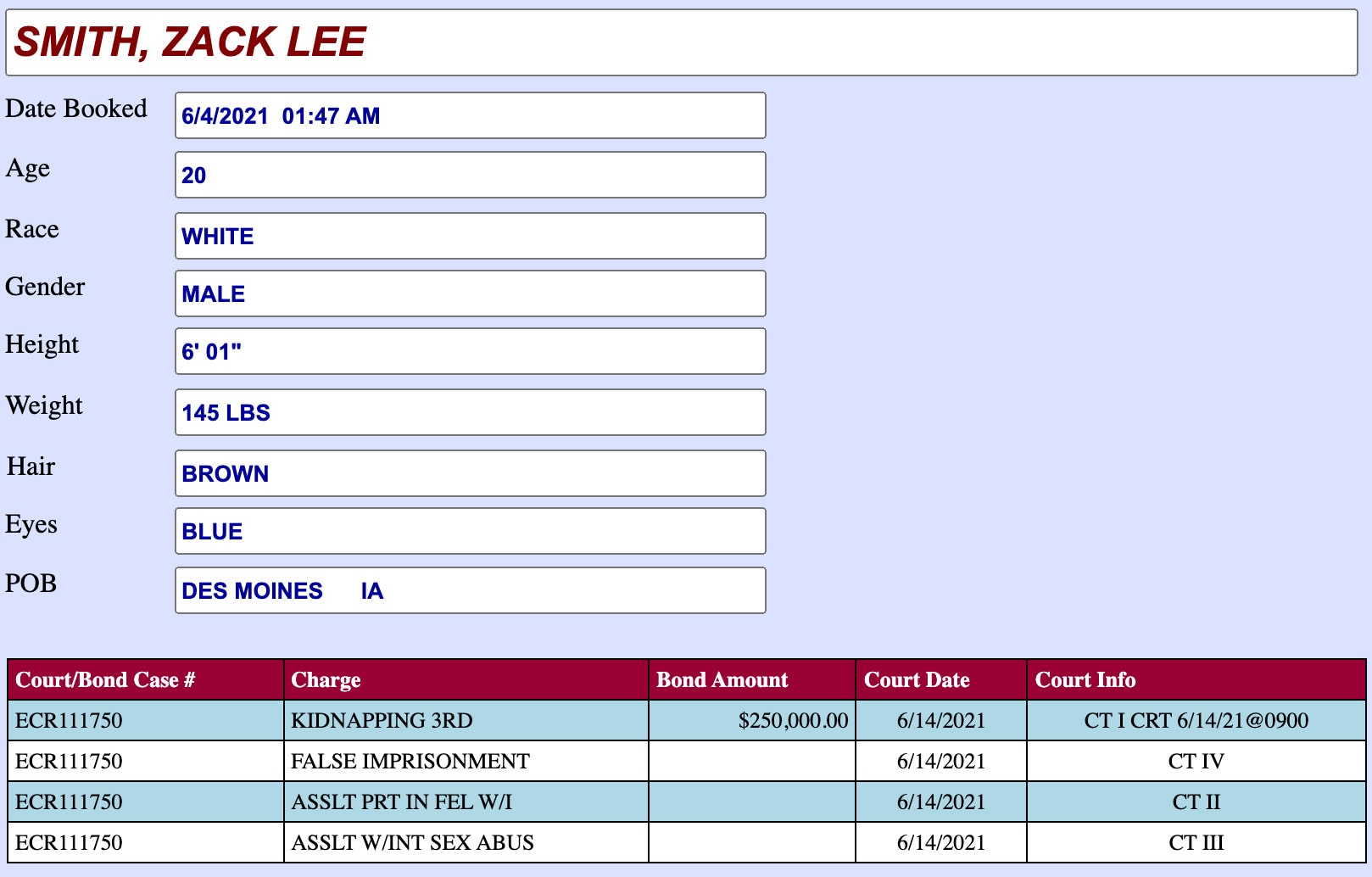 Zack Lee Smith was booked in Woodbury County Friday on charges of third-degree kidnapping, false imprisonment, assault while participating in a felony causing serious injury, and assault with intent to commit sexual abuse. He was held on $250,000 bond.

KMEG reports Smith was also charged with false imprisonment in May, when he allegedly locked a woman and a child in a Sioux City, Iowa, apartment. The victims in that case were not identified. Smith had posted $7,500 bond on May 13, KMEG reports. 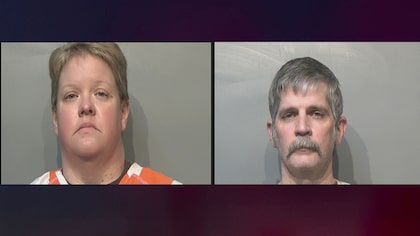