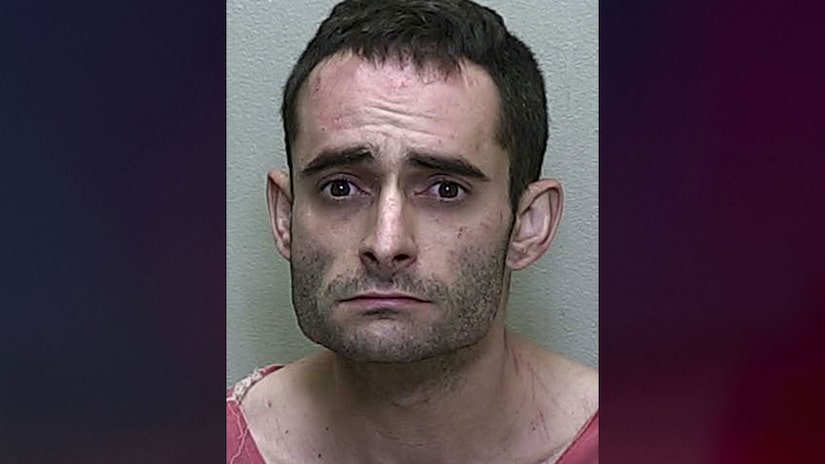 A 31-year-old man was arrested and accused of murdering and decapitating his grandmother then setting fire to his home to get rid of the evidence.

The Marion County Sheriff's Office announced on May 6 that Nicholas James Trench was taken into custody when he was found running around a nearby daycare center without any clothes on.

The Sheriff's Office said in their statement that on March 26, deputies were called to perform a wellbeing check at 10664 SW 75th Terrace. When deputies arrived, they discovered a fire had been set inside the home. After Marion County Fire Rescue extinguished the flames, they discovered the body of Alice Trench, 77. According to the Sheriff's Office, she had been decapitated and her left arm was missing.

Deputies arrested Nicholas Trench and questioned him about the crime. He reportedly told investigators he "could not remember anything prior to being arrested."

Upon further investigation at the home, deputies reportedly found "several cutting tools" near the body as well as "a laundry basket that contained the victim’s severed body part."

While looking over surveillance footage, deputies saw Nicholas Trench "retrieving a handsaw, disposing of a garbage bag full of bloody clothing, and starting a fire with accelerants in a container before taking it into the residence."

According to WKMG-TV, deputies could not immediately identify the body, and said in a release, "Due to the heinous nature of this crime, detectives are awaiting forensic results to positively identify the victim."

Alice Trench's cause of death was determined to be strangulation and suffocation, with blunt force trauma as a contributing factor. They also learned Nicholas Trench was reportedly the only one home at the time of Alice Trench's death.

The Sheriff's Office said he was in custody on charges of indecent exposure, criminal mischief, resisting arrest, false ID to law enforcement, and violation of probation when deputies added on charges of second-degree murder, first-degree arson, and abuse of a corpse for the death of Alice Trench.

Nicholas Trench was booked into the Marion County Jail and is being held without bond.