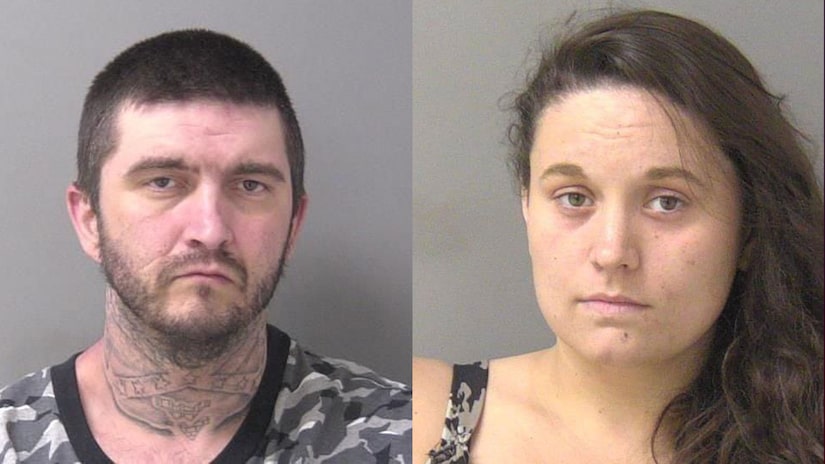 A man and woman were arrested and charged with murder after a missing woman's body was found in a well.

The Kanawha County Sheriff's Office announced May 3 that Cheyenne Johnson's body was found in a well and identified by tattoos on her arms.

Johnson, 35, was last seen April 29 near Cottageville, the Sheriff's Office reported. Someone allegedly "overheard others talking about her murder" and reported it to deputies. Deputies visited the suspects on the 1200 block of Britton Ridge Road in Kanawha County. Deputies located a suspect, Michael Wayne Smith, who "admitted to killing Cheyenne Johnson and dumping her body into a nearby deep water well."

He was charged with first-degree murder.

Officials retrieved her body and announced Thursday they were still investigating Johnson's murder. She reportedly had a gunshot wound to the head, which officials believe could be the cause of death.

In a recent update, the Kanawha County Sheriff's Office announced they arrested Virginia Marie Smith, 29, of Charleston, West Virginia, on the same charges. She reportedly "admitted her involvement in the murder" as well.

According to the Sheriff's Office, Virginia and Michael, 41, are not related, but were "in an intimate relationship at the time of Cheyenne Johnson's murder."

According to WCHS-TV, Michael Smith told investigators that after he shot Johnson and put her body in the well, he drove to another county and got rid of the rifle. He said Johnson allegedly stole Virginia Smith's car on April 29. When she returned the next morning with the car, Michael and Virginia Smith were in the driveway doing target practice. Virginia Smith reportedly told Johnson to leave.

Michael Smith reportedly told investigators Johnson pulled out a knife and started attacking Virginia Smith. Michael allegedly tried taking the knife away from her, but when she kept lunging at them, he grabbed a gun and shot her.