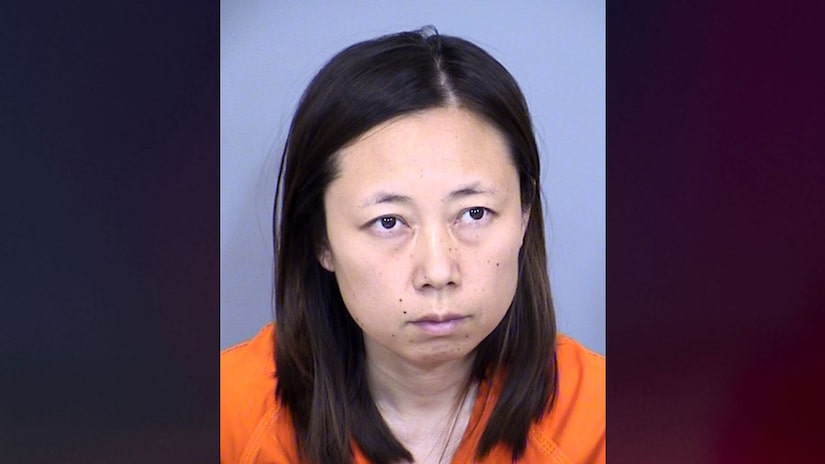 A woman was arrested after police officers found a meat cleaver in her car and her two children murdered in her apartment.

Tempe Police said a woman -- later identified as 40-year-old Yui Inoue -- flagged down officers near a police substation at Apache Blvd. and McClintock Dr. at about 7 a.m. Saturday, May 15, 2021, KNXV-TV reports.

She reportedly told the officers she was hearing voices telling her to kill her children, KNXV reports. Police said the woman “primarily spoke Japanese."

Tempe Police said officers went to the apartment, near Mill Ave. and the Superstition Freeway. Inside they found a 9-year-old girl and a 7-year-old boy dead, “severely mutilated,” KNXV reports.

The bodies were found under a blanket and boxes.

“There were significant injuries to their bodies including numerous lacerations, incised wounds and some amputations, consistent with a violent attack and defensive wounds,” said Tempe Police Sgt. Steven Carbajal.

Officers reportedly found a bloodstained meat cleaver with a 6-inch blade and bloodstained clothes in a bag inside Inoue's car.

The Arizona Republic reports court documents state the cleaver "had chips on the blade and was missing from a similar set of knives in a knife block at the apartment."

Inoue told police she went to sleep with her children the night before and woke up with blood on her body and the two children dead at about 4:30 a.m.. She said she took a bath and drove to the police station. She said she had no memory of what happened.

Police said officers had responded earlier Saturday, at 12:30 a.m., to a domestic dispute at the apartment. “Officers noted the kids were safe and in their beds,” KNXV reports. No arrests were made at that time.

Inoue’s husband told police he eventually left the apartment to sleep in his car at about 3 a.m.  after his wife allegedly threatened to stab him. The couple reportedly filed for divorce last month and had been living in separate rooms.

The Tempe Police Department announced Sunday Yui Inoue was charged with two counts of first-degree murder. She was held in the Maricopa County Jail on $2 million bond. She is scheduled to appear in court on May 21.

KNXV reports Inoue’s husband said the domestic dispute was about money to move to Japan, according to police. Police said the woman primarily speaks Japanese and had an interpreter for their interviews, the Associated Press reports.