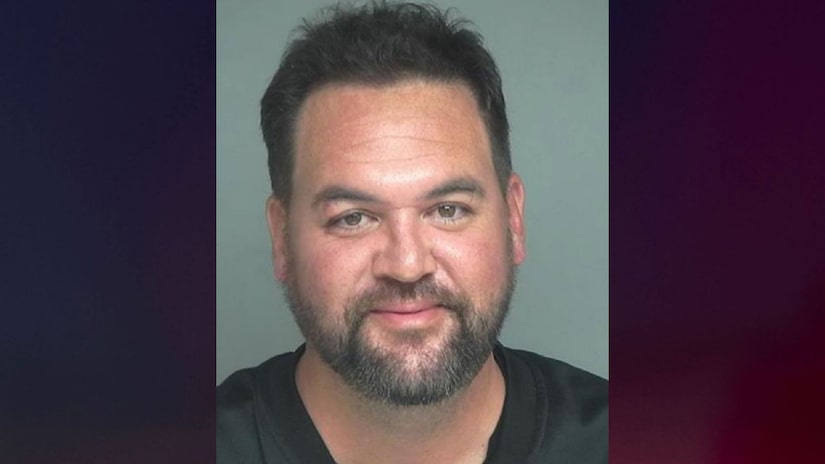 A Southern California man was arrested Friday after he allegedly chased his estranged wife with kitchen knives at a children's sporting event.

According to the police department, there were several youth sporting events going on at the complex when Husges, 43, allegedly arrived. Husges's son reportedly saw him coming and told his mother that Husges was "coming up from behind her."

The Garden Grove Police Department said when the estranged wife turned around, she saw Husges walking in her direction holding kitchen knives in each hand.

"She immediately ran onto the playing field, screaming for help with the suspect giving chase," Garden Grove Police said. Husges allegedly chased after the woman, who was not named.

A youth coach and an off-duty police officer both "immediately contacted Husges and disarmed him" before he could get near the woman and injure her. Husges was restrained until officers arrived and arrested him.

A hashtag in the police department's Facebook post listed attempted murder as the charge. Husges was booked into the Orange County Jail and was being held on $500,000 bail. 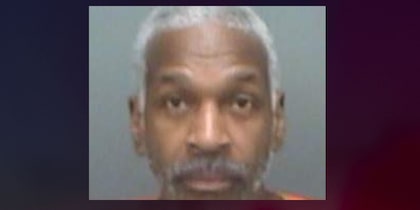 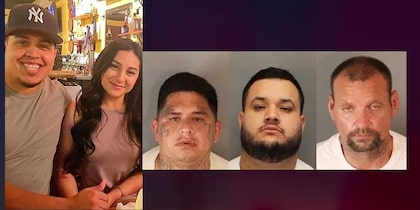 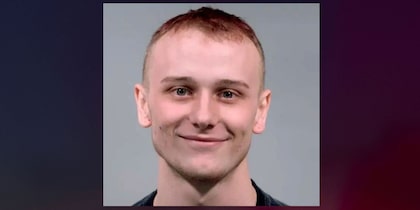