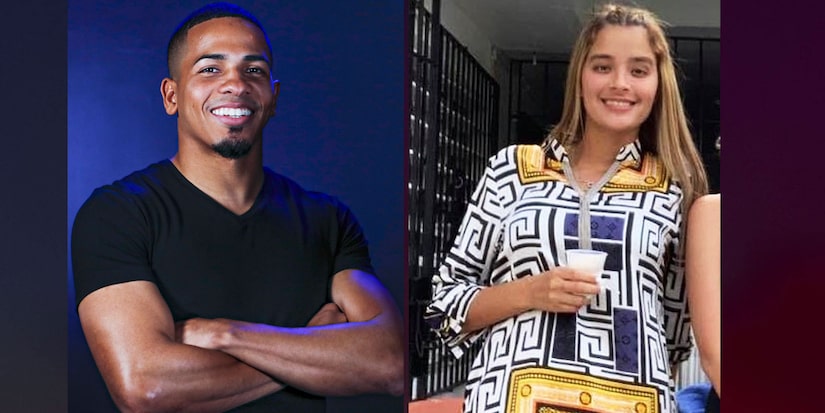 Professional lightweight boxer Félix Verdejo-Sánchez has been arrested and charged in the death of a missing pregnant woman found in a lagoon over the weekend.

Félix Verdejo-Sánchez, also 27, who goes by Félix Verdejo, turned himself in to police in San Juan on Sunday.

According to the criminal complaint NBC News quotes, a witness told the FBI that Verdejo asked for help terminating Rodríguez Ortiz’s pregnancy. Rodríguez Ortiz had reportedly told Verdejo “she was pregnant with his child based on a pregnancy test."

In the car, Verdejo allegedly punched Rodríguez Ortiz, then injected her with "a syringe filled with substances," NBC News reports. The "substances" were reportedly "purchased from a drug point" at a San Juan housing project.

Verdejo and the witness then allegedly tied Rodríguez Ortiz's arms and feet with wire and tied her to a block, according to the criminal complaint.

They drove toward the Teodoro Moscoso Bridge over the San Jose Lagoon, where they allegedly threw Rodríguez Ortiz off the side of the bridge.

Verdejo then shot at Rodríguez Ortiz with a pistol from the bridge above, according to the complaint. A shell casing was later found at the scene.

NBC News reports Verdejo is married and has a young child, and that he knew the victim from school and they kept in touch over the years, according to her family.

"He had threatened her not to have the baby, that he has his family, that he is a boxer, that he is a public figure,” Rodríguez Ortiz’s mother told El Nuevo Día.

The status of the witness was not immediately disclosed.