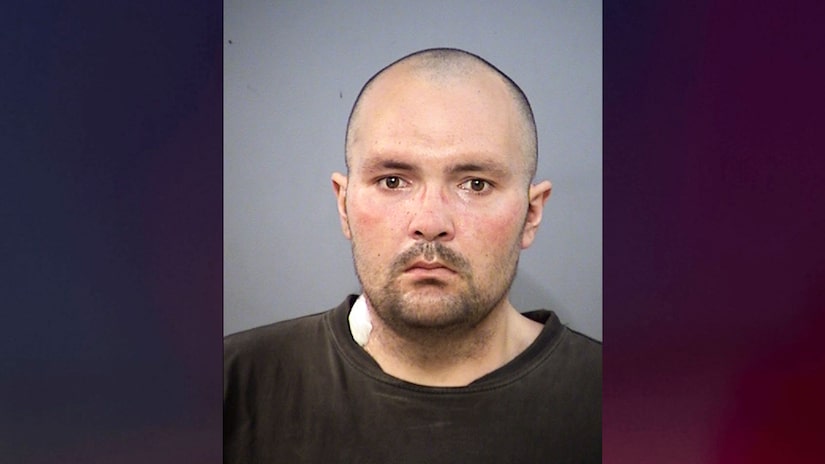 An Indiana man was arrested for allegedly stabbing a woman 24 times and beating her to death with a baseball bat after the woman’s body was found in a wooded area.

A Pike Township resident called police about an abandoned pickup truck on their property, wanting it towed away, at about 9 a.m. Tuesday, April 6, the Indianapolis Star reports.

WXIN-TV reports the red truck, stuck in the mud, had blood in the pickup bed.

Indianapolis Metropolitan Police officers found a body in woods in the same area about 6 p.m. that same day, on the 7300 block of Hollingsworth Drive.

The Indianapolis Star reports an officer told the resident who called police that officers found the body because “an ankle monitor tracking the person's location had not moved for hours.”

The victim’s body was partially covered with debris, WXIN-TV reports.

On Friday, April 9, the victim was identified as 39-year-old Chrishteena Veach. Veach died from multiple sharp and blunt-force injuries, according to the coroner, and her death was ruled a homicide.

WXIN reports that earlier on the Tuesday Veach’s body was found, officers encountered a man in the area who was covered in mud and had bloody hands. The man told officers he was looking for his dogs. He was allowed to leave the scene. Veach’s body had not been found yet.

Indianapolis Police arrested 31-year-old Daniel Gentry -- the man with the bloody hands -- for murder on Thursday, April 8. It was unclear what led to Gentry’s arrest.

Gentry told police Veach “was fighting with my wife,” WXIN reports. An argument reportedly began over money in the amount of $30, according to WXIN.

Veach was reportedly stabbed 24 times in the back and hit over the head with a baseball bat, WXIN reports.

Daniel Gentry reportedly admitted to killing Chrishteena Veach and leaving her body about three miles away from his home.

Gentry was booked in Marion County Jail on two counts of murder and one count of possession of paraphernalia. He was held without bond.

WXIN reports police said Gentry injected himself with fentanyl just before he was arrested. 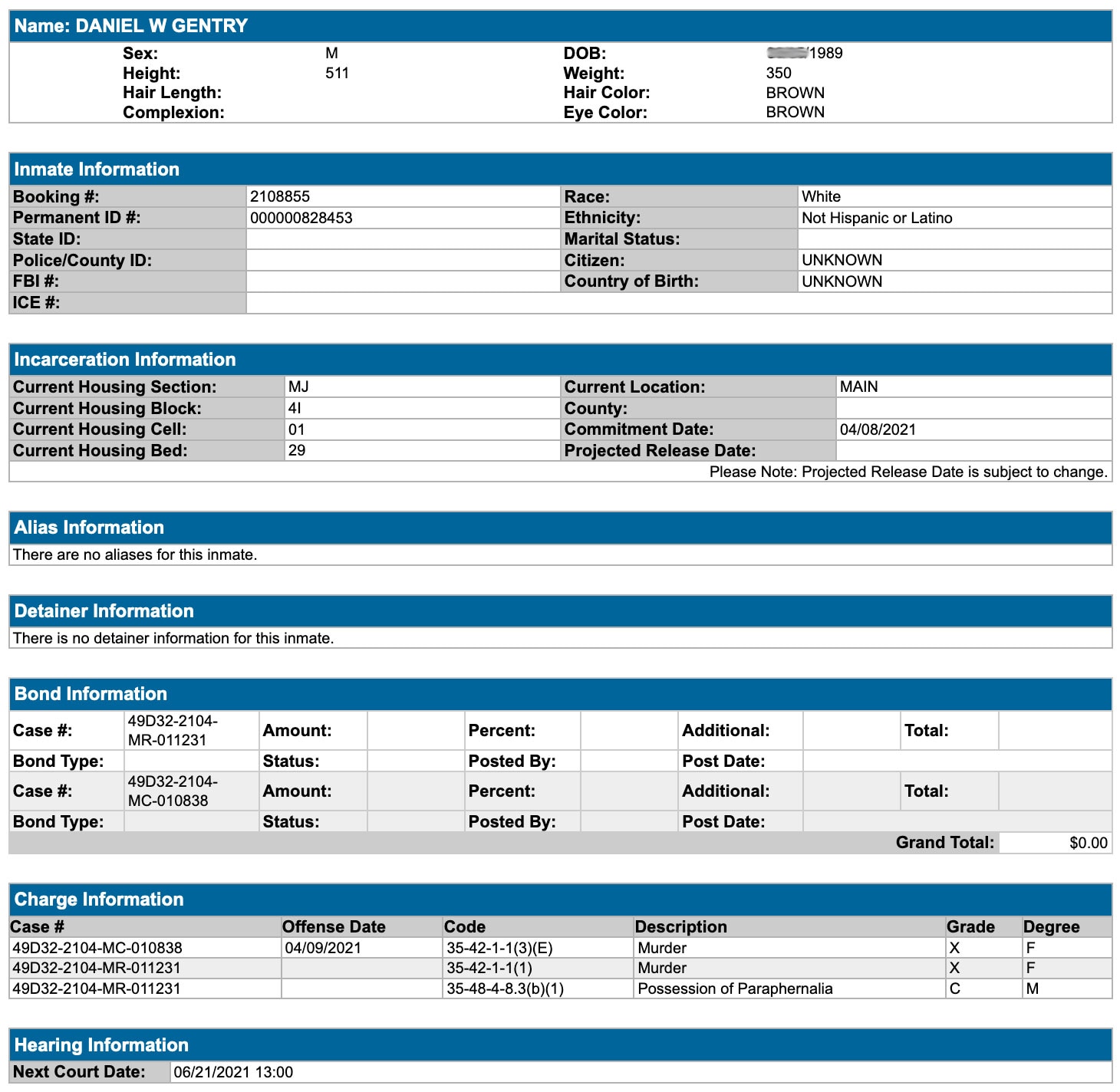 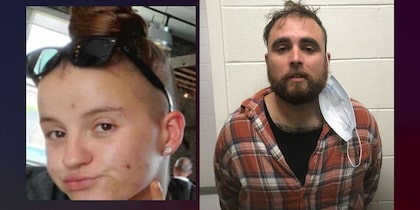 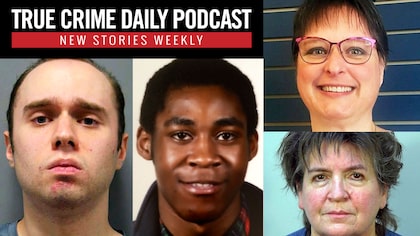 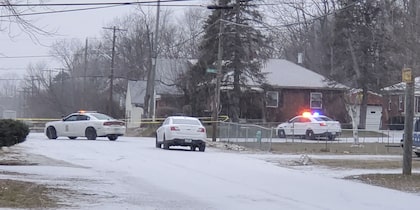