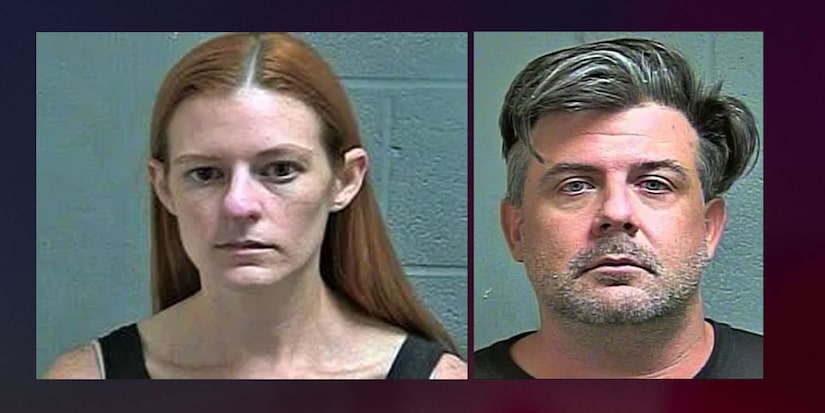 An Oklahoma lawyer and her husband are accused of killing three people at a residence in 2019.

A family member found the bodies of three people at a Beggs residence on 6450 Lakeview Circle Road on Sept. 7, 2019. Jack Chandler, 65; his wife Kaye Chandler, 69; and their daughter Tiffany Eichor, 43, had been shot to death.

Investigators said all three victims were shot “multiple times with at least two different caliber weapons”: 5.56-caliber and 9-mm. The attackers had kicked in the front door.

Digital video surveillance at the house recorded two suspects getting out of a vehicle parked in the roadway near the house and approaching the house, before the video stopped. Investigators believe the suspects “pulled the electric meter prior to forcing entry into the residence.” Investigators said the power was disconnected at 3:04 a.m.

The family member who found the bodies told investigators “family had been having problems with Tiffany’s former boyfriend, Barry Titus.”

Titus’s lawyer in the assault case and protective order case was Keegan Kelley Harroz. Harroz is Titus’s wife, according to the Okmulgee County District Attorney’s Office.

Investigators said the vehicle seen on surveillance video outside the house is Keegan Harroz’s 2010 Lexus sedan.

Investigators were able to obtain DNA samples from the scene, and also found a baseball cap near where the vehicle had been parked. Oklahoma State Bureau of Investigation lab analysis matched the DNA to Barry Titus II, who had been previously incarcerated in Colorado.

Investigators discovered that in January 2019, Okmulgee Sheriff’s deputies found a suspicious package under a porch at the same residence in Beggs. Investigators said a suspect in a drug-trafficking case elsewhere in the state admitted to planting the package at the address. The suspect told investigators his attorney, Keegan Harroz, asked him in January 2019 to plant “what he believed to be methamphetamine” at the house in what she said was an act of revenge, “because one of the individuals living at that residence had testified against one of her clients.” (A test of the package’s contents for controlled substances was negative.)

The suspect said Harroz told him to report to authorities that drugs were being sold out of the house. “As a result of this information, charges were filed on September 13, 2019 in Okmulgee County against Ms. Harroz for Witness Intimidation. She was arrested on the same date,” the Okmulgee County D.A.’s Office said.

Keegan Harroz’s brother, a resident of Texas, contacted Oklahoma authorities to give them an AR-15 he believed was used in the triple homicide in Beggs. Investigators traced the gun to the original purchaser, who said he built the rifle and sold it to Barry Titus and Keegan Harroz at his property. Shell casings from when the gun was fired during the sale were compared to shell casings found at the homicide scene and were found to match.

Barry Roland Titus II and Keegan Kelley Harroz were charged with three counts each of pre-meditated murder and one count of first-degree burglary. Both were already in federal custody.

The Oklahoman reports Harroz was sentenced in March 2021 to two years in federal prison for possession of a rifle “in violation of federal law because she was subject to an emergency victim protective order.” Harroz is still facing a charge of witness intimidation in the case of the planted package at the Beggs residence.

Titus was sentenced April 2 to three years in federal prison for being in illegal possession of a revolver in 2015, The Oklahoman reports.