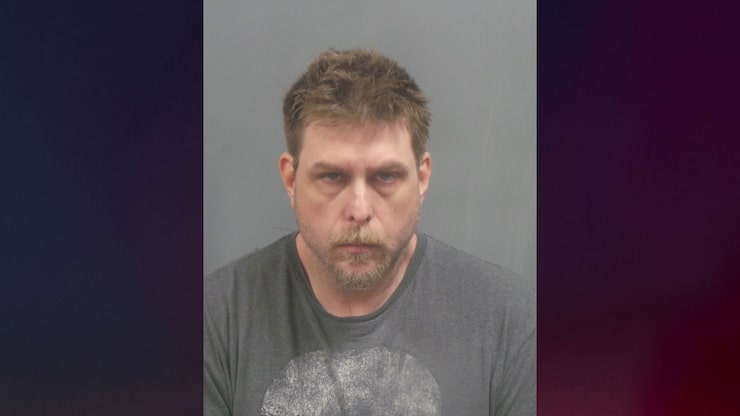 The remains of a Missouri man missing since June 2019 were found wrapped in a carpet in a wooded area outside St. Louis on Tuesday, and a suspect in his homicide was arrested.

The owner of a property near High Ridge found the body wrapped in carpet and “intentionally hidden,” the sheriff’s office said.

The carpet Israelsen's decomposing body was wrapped in was found hidden in a wooded area, according to the St. Louis Post-Dispatch.

Israelsen was last seen about June 1, 2019, on the outskirts of Eureka, the St. Louis Riverfront Times reports. Israelsen's mother reported him missing after more than a month passed without contact.

Hillsboro resident Jason Isbell, 44, is charged with first-degree murder and armed criminal action. He was held at the Jefferson County Jail without bond.

Detectives identified Isbell as a suspect during their investigation. Three other individuals are in custody in relation to the case, the sheriff’s office said, identified as witnesses or accomplices in Israelsen’s death. Those suspects were not identified pending charges.

The St. Louis Post-Dispatch reports Isbell told investigators he struck Israelsen with a baseball bat until he stopped moving in June 2019.

Israelsen’s body was identified by a large “St. Louis” tattoo on the man’s arm.

Investigators said Israelsen had been dropped off at a residence in the 100 block of Ridgedale Drive near High Ridge on June 1, 2019, where Isbell was known to be, the Post-Dispatch reports. Law enforcement sources said the house was known for drug activity.