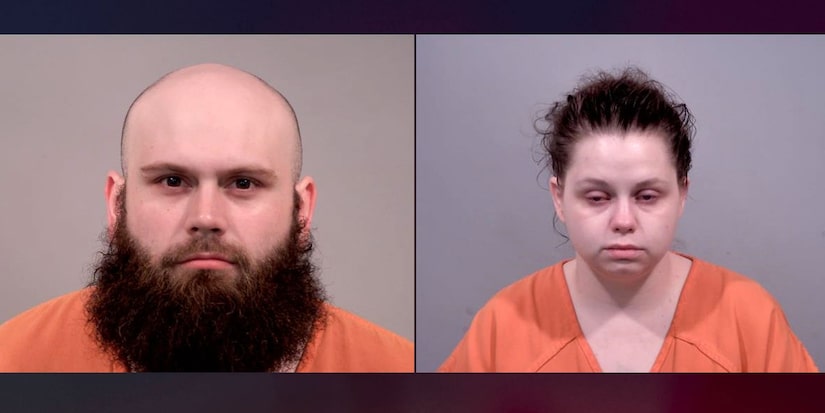 Two Ohio residents were arrested this week after police discovered two children, ages 1 and 3, living in an apartment allegedly filled with trash and drugs.

The witnesses said a 3-year-old child who had opened the door for them was scolded and was allegedly physically threatened by Angelica Burns.

The witnesses reportedly told police the apartment was in a messy condition, and that they helped clean the residence, leading to the alleged discovery of syringes behind a couch and near a door, according to WKBN.

The witnesses reportedly told police they returned about two weeks later and found the apartment in a messy condition, and claimed a woman related to Tommy Couch was allegedly using a bedroom at the residence to prostitute herself, WKBN reports.

Officers visited the apartment to investigate. WKBN reports Tommy Couch was arrested on a warrant, and allegedly told officers everything in the apartment belonged to him.

Officers reported the smell of sewage and feces in the apartment, and said more than 10 bags of trash were piled inside, with food and broken glass on the floor, and a stained mattress in the middle of the living room. Officers said the apartment was swarming with gnats.

Officers reportedly discovered several syringes, bags of suspected methamphetamine and heroin and drug paraphernalia, some of which was on the floor near a child’s mattress.

Police called Trumbull County Children Services, and the children were placed with a family member. The suspects' relationship to the children was not listed.

Tommy Couch, 25, and Angelica Burns, 25, were arrested on child endangerment and drug charges Wednesday. Couch was also booked on an outstanding warrant for burglary, domestic violence, drug possession and a weapons charge.

The Tribune Chronicle reports Couch and Burns were arraigned Tuesday. The judge set bond for each at $12,500 and ordered no contact with the two children. Preliminary hearings are set for 1:30 p.m. April 24, court records state. 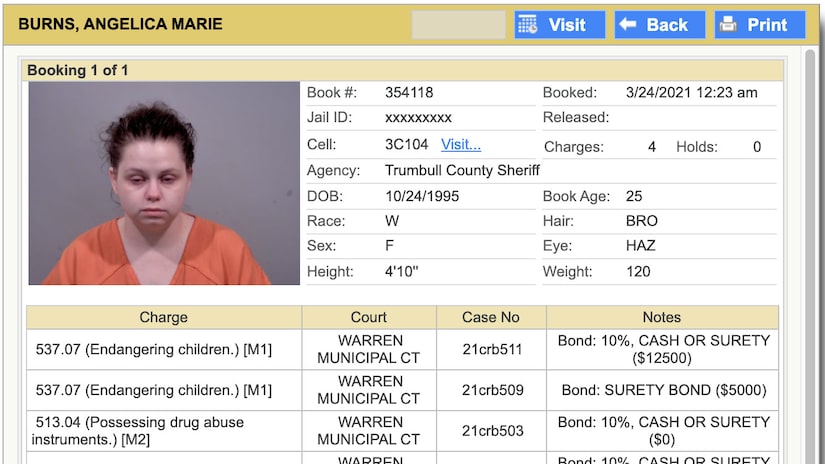 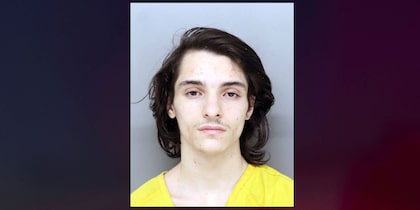