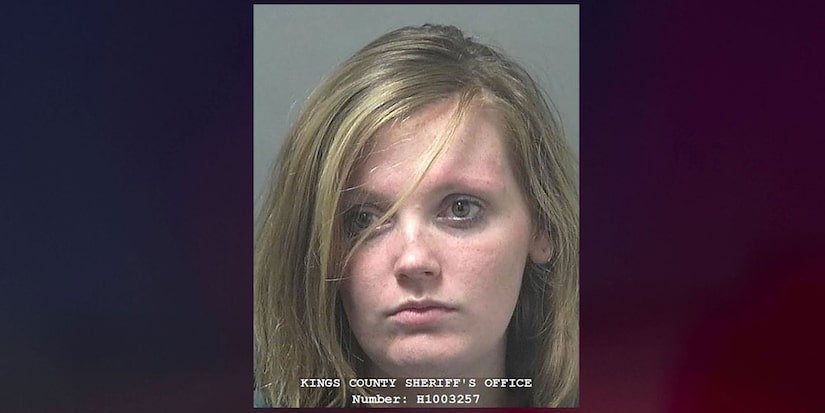 HANFORD, Calif. (KTLA/AP) -- A Central California woman charged with murder after delivering a stillborn baby who tested positive for methamphetamine may be released on reduced bail.

Chelsea Becker, 26, has been in a Kings County jail since her arrest in November 2019, unable to raise $2 million bail. A judge was expected to consider Tuesday whether to release her to an out-of-county treatment center pending trial. She has pleaded not guilty.

Her lawyers argue that the state’s homicide law does not apply to pregnant women, a position backed by California’s attorney general.

Prosecutors say the case is about stopping a woman who has repeatedly abused narcotics while pregnant, resulting in two other babies who tested positive for meth at birth.

In September 2019, Becker gave birth in Hanford to a stillborn child. The coroner’s report listed toxic levels of meth as the cause of death, but one of Becker’s attorneys, Dan Arshack, said the pathologist never reviewed her medical record, which included three infections that could have caused the stillbirth.

Becker had delivered three live children and had no reason to believe that meth use would cause a stillbirth, Arshack said.

Phil Esbenshade, the top assistant district attorney in Kings County, said that Becker has repeatedly endangered her children with her narcotics use. He rejects the idea that the law does not apply to Becker.

The Los Angeles Times reported that according to autopsy reports, the amount of methamphetamine in the child’s system was more than five times the level that would be considered toxic, police said. The coroner’s office ruled the death a homicide.

California Attorney General Xavier Becerra, who is being considered for secretary of health and human services in the Biden administration, sent a friend of the court brief stating that the law was never meant to apply to pregnant women and urging the charges be dropped. Kings County Superior Court Judge Robert Shane has declined to do so.

In the amicus brief, A.G. Becerra argues the Kings County District Attorney misinterpreted Section 187 of the California Penal Code's intention, and the superior court was incorrect in its judgment of Becker’s motion to dismiss the charges against her. "The brief argues that the text, purpose, and history of the law make it clear that a woman cannot be prosecuted for murder as a result of her pregnancy loss."