A 61-year-old man died from his wounds Monday evening after he was attacked for trying to break into an elderly couple's home.

WRDW-TV reported that on Monday afternoon, Harold Runnels Jr. forced his way into the home and attacked the couple with a large knife. The couple heard a knock on their back door, and when they opened it, Runnels charged in.

During the altercation, the 79-year-old wife fell, injured her finger, and also received a laceration on her forehead. The 82-year-old man then hit Runnels with his gun's handle, which caused him to fall down.

The Aiken Standard reported the Aiken County Sheriff's Department wrote in an incident statement that Runnels was "conscious but unresponsive" and covered in blood after hitting the ground. Runnels passed away at 10:51 p.m. at Augusta University Medical Center. The victims were taken to a hospital for treatment and later released.

According to WRDW-TV, Runnels lived close to the elderly couple. They told authorities they had seen him around the neighborhood before.

The 82-year-old man, neighbors said, is a decorated war veteran who fought in Vietnam. The Aiken County Sheriff's Department will not file charges against the couple. 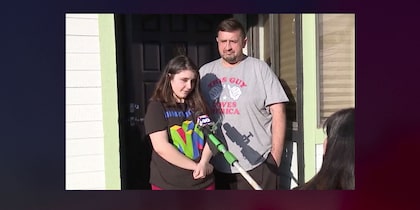