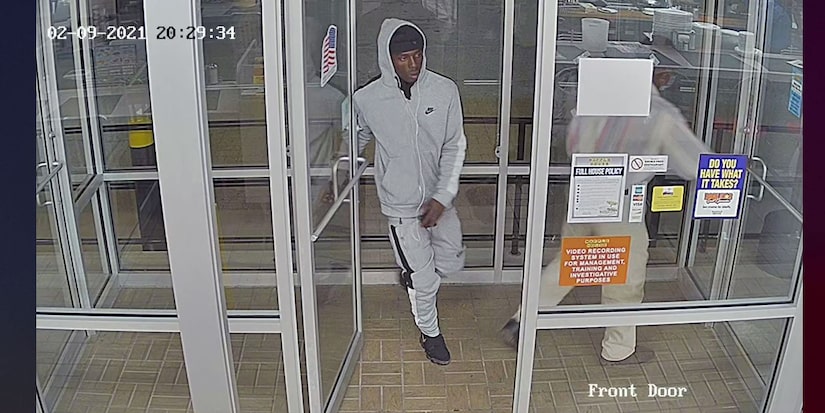 Authorities in South Carolina were searching Wednesday for a suspect in the abduction of a 2-year-old girl and her dog, who were both found safe earlier Wednesday morning.

WBTW-TV reports the girl and her dog were sitting in a car outside of a Quality Inn Tuesday on Charleston Highway at around 8:50 p.m. when a man jumped into the mother's Lexus sedan and drove off.

The South Carolina Law Enforcement Division issued an Amber Alert at about 11:30 p.m., which was canceled when the girl and her dog were located just after midnight. The Lexington County Sheriff's Office aided the Cayce Department of Public Safety in finding the girl and her pet.

The Cayce Department of Public Safety said on Wednesday they were "incredibly thankful" the girl was found. Late Wednesday morning, the department posted a photo of the suspected car thief as well as surveillance footage of the suspect getting into the Lexus.

The suspect was described as an African American male standing about 5 feet 7 inches tall, with short dreadlocks. The stolen car is a tan 2003 Lexus. It has a broken taillight, no license tag, and a white sticker on the back window with three bears on it, and a dent in the passenger door.

If you have information about the case, contact the Cayce Department of Public Safety at 803-794-0456.