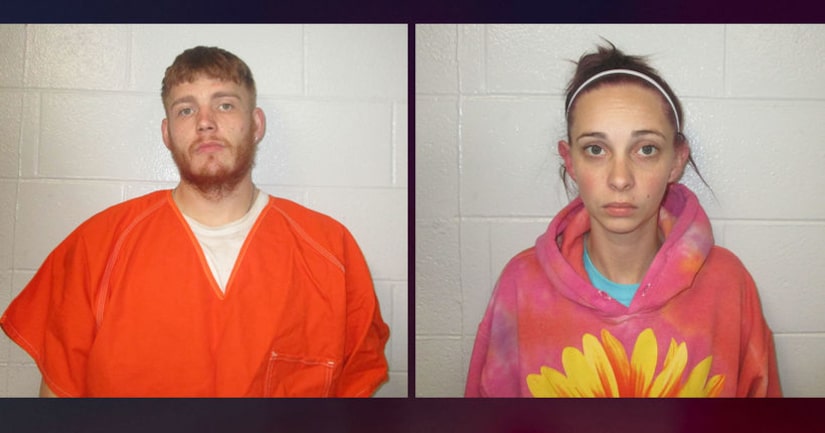 A married Oklahoma couple was arrested on solicitation of murder charges in an alleged plot to kill the wife's ex-husband, authorities announced Friday, Jan. 29.

The Oklahoma State Bureau of Investigation said Latimer County resident Courtney Deatherage, 25, allegedly contacted a family friend in Texas and asked the unidentified individual if they would kill Deatherage's ex-husband.

Courtney Deatherage allegedly offered $250 as a down payment and another $250 when the murder was committed, and reportedly said she would provide the gun to use in the crime, according to OSBI.

The family friend then reportedly contacted law enforcement to report the incident.

The family friend traveled to meet Courtney and Dustin Deatherage, 26, on Jan. 22 and finalized the deal in Courtney's vehicle, according to OSBI. Courtney Deatherage allegedly gave the family friend $100 and a 12-gauge shotgun. The gun had been taken from Dustin's grandfather's home, OSBI said.

Law enforcement then made a traffic stop and arrested Courtney Deatherage. Dustin Deatherage was arrested on Jan. 29. Both were charged with solicitation of murder and were held on $100,000 bond. Courtney has since bonded out of jail, OSBI said.

The McAlester News-Capital reports Courtney Deatherage told investigators she “didn't think anything would happen” after her alleged murder-for-hire plot was foiled.

Deatherage said she and the man she wanted killed were arguing over a loan that she asked for and she was texting the man “to blow off steam” and that the situation “kept going,” the News-Capital reports.