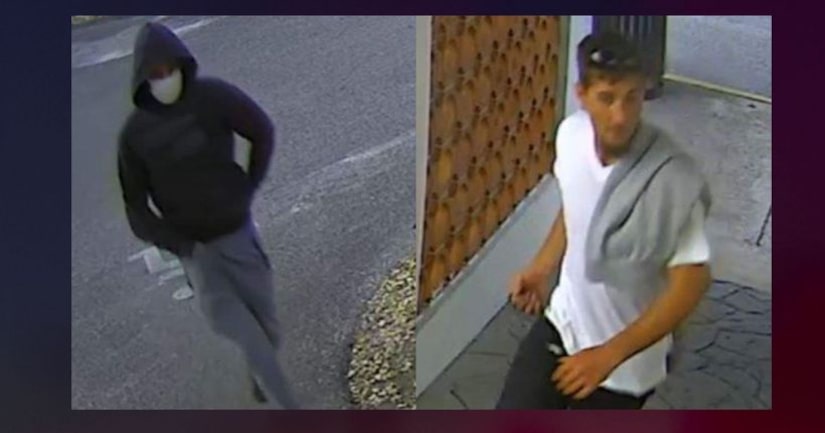 DeLAND, Fla. (WKMG) -- A 43-year-old man with physical disabilities was attacked, beaten and robbed by two men who remain on the loose, DeLand police said.

The man called police about 40 minutes after the attack, saying two men beat him up and stole his cash and car keys, authorities said.

DeLand police said surveillance video from a nearby business shows a man in a white T-Shirt punching the victim several times. A second assailant approached the victim and rummaged through the man's pockets, police said.

The culprits then ran south through a parking lot, according to police.

The victim was admitted to AdventHealth DeLand and was later released, police said.

One of the assailants was wearing a white T-shirt and dark pants. The other was wearing a dark hoodie and gray sweatpants. Officers are asking for the public's help in identifying the two.

Anyone with information about the robbery is asked to call DeLand police at 386-626-7422.