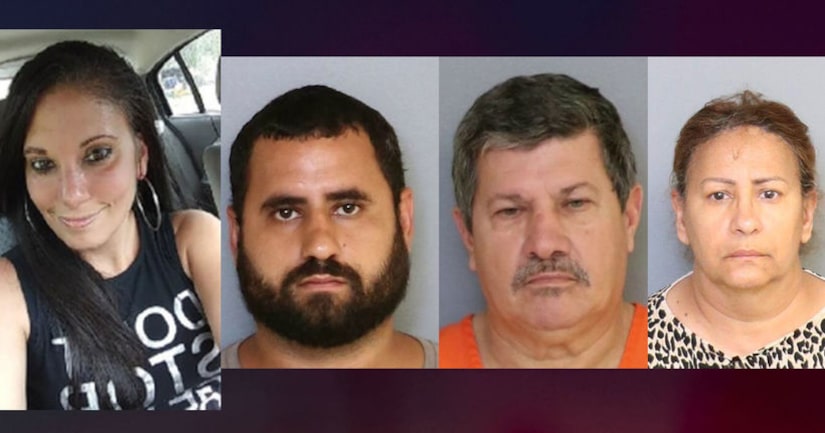 KISSIMMEE, Fla. (WKMG) -- A hearing was held Wednesday, Dec. 9, for three suspects charged in connection with the murder of a St. Cloud woman.

Attorneys for the defendants argued the initial search of the family's home was illegal, so much of what was uncovered should not be allowed in court. The judge will make a ruling at a later date.

Montalvo disappeared in October 2019 after dropping off her 8-year-old son at the Riveras' home, according to investigators. Prosecutors say her body was dismembered and buried on property belonging to the Rivera family.

Deputies believe Montalvo's in-laws worked together to abandon her car after her death. Court documents included surveillance images that show the murder suspect's truck heading toward and later leaving the area where the victim's car was left.

Text messages sent by Montalvo show that she and the Rivera family were in a fight about custody over her and Otero-Rivera's son and even the boy warned her, "mommy stay away from daddy.”

The Orlando Sentinel reports Montalvo never left the property, and was dismembered and buried on two lots owned by the family using a rented excavator. GPS data from Otero-Rivera's ankle monitor showed him moving around the area of the property where Montalvo's remains were discovered.