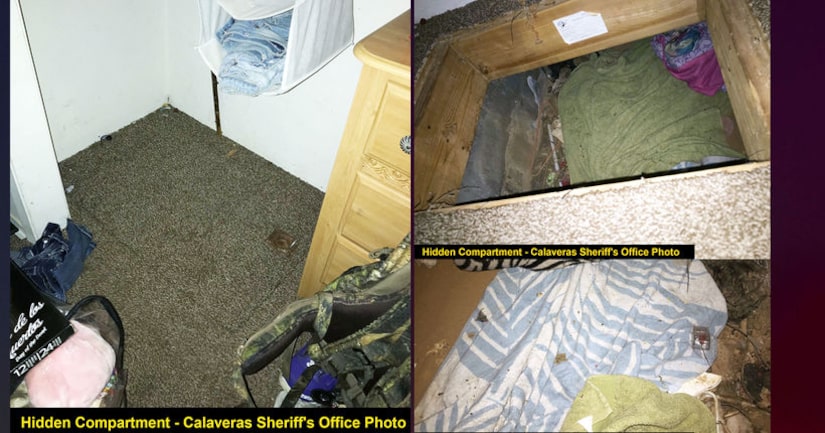 Three West Point residents were arrested after a 14-year-old girl missing for more than a week was found hiding in a closet above a secret hiding spot underneath a house.

A 14-year-old girl was reported missing to the Calaveras County Sheriff's Office on Oct. 22 after she had visited a friend's West Point residence, about 70 miles east of Sacramento.

The girl's mother told deputies the girl was given permission to spend a few nights at a friend's house, but when the mother showed up at the residence to pick her up, the occupants told her the girl already left.

The girl's parents immediately reported her missing to the sheriff's office. Deputies searched the residence and the surrounding area. The occupants told deputies the girl was last seen walking down the driveway.

More than a week later, according to the Calaveras County Sheriff's Office, detectives got a search warrant to search the residence where Kaylee was last seen. The sheriff's office said the residents met detectives in the front yard and "insisted" the girl was not there on October 30.

Detectives subsequently searched inside the house again, and found the girl "deep within the corners of two adjoining closets as she was intentionally hiding amongst densely hanging clothes." She was unharmed.

Deputies found a hidden “trapdoor” leading into a "sleeping area" on the dirt floor under the house, where they found bedding, as well as the girl's phone.

"Additional charges are expected as the investigation continues," the sheriff's office said.

The girl was returned to her parents.