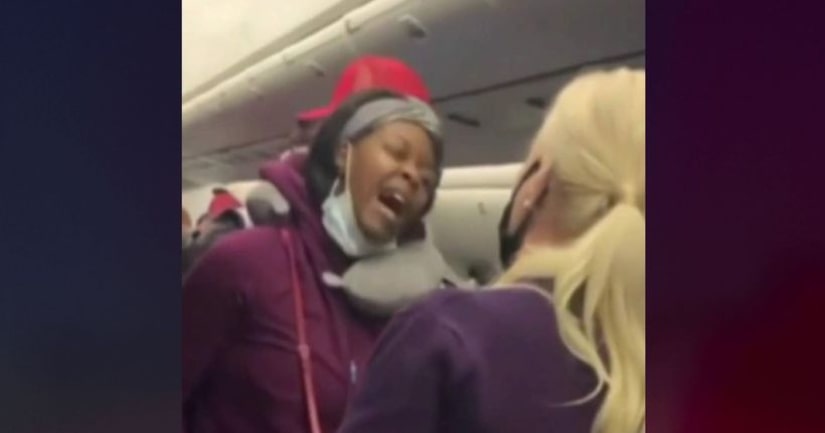 MIAMI (WKMG) -- A violent incident onboard a Delta flight from Miami to Atlanta ended with two passengers being escorted off the flight, News 6 partner Local 10 reports.

Video shot by a witness appears to show a fracas between several passengers and a flight attendant. At one point, a woman is seen hitting the flight attendant in the face.

“At this point we're, like, two hours behind,” recalled passenger Lauryn England, who shot the video.

England said the group of passengers were complaining about masks and putting on seatbelts before takeoff. The plane then moved back to the gate, when a woman started confronting the flight attendant.

“She began to then push her in the face, and everyone's like, 'Oh my God,'” England said.

A Delta representative emailed Local 10 News, writing in part: “There is nothing more important than the safety of our people and customers. That's why two customers who did not comply with crew safety instructions were asked to deplane flight 1997.”

Miami-Dade Police said they had no record of the incident. Delta said an investigation is ongoing.

“The attendant deserves an apology for that,” England said. “Because at the end of the day, we have to take accountability for our actions.”