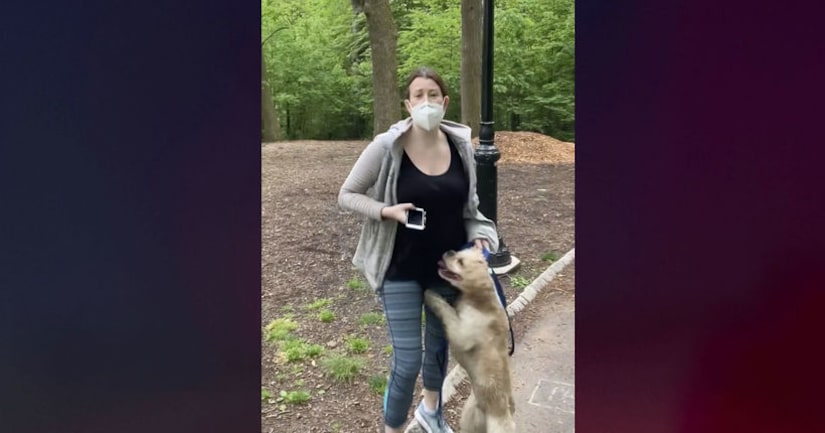 NEW YORK CITY (WPIX) -- A white woman who called 911 on a Black man in Central Park back in May also made a second previously undisclosed phone call accusing the man of trying to assault her, the Manhattan District Attorney revealed during a court appearance Wednesday.

Amy Cooper was caught on camera calling 911 in May and falsely accusing Christian Cooper of threatening her life during an argument over leashing her dog in an area of the park where it is required. (Amy Cooper and Christian Cooper are not related.)

Amy Cooper appeared in court Wednesday on a charge of falsely reporting an incident. According to the Manhattan District Attorney's Office, the charge is related to the a second phone call, which was not heard on camera.

"Ms. Cooper called 911 and told a NYPD dispatcher that a Black male was threatening her inside the Central Park Ramble. In a previously unreported second phone call, Ms. Cooper repeated the accusation and added that the man 'tried to assault her.' When responding officers arrived, Ms. Cooper admitted that the male had not 'tried to assault' or come into contact with her," according to Executive Assistant D.A. Joan Illuzzi.

Amy Cooper, who appeared virtually before a judge Wednesday, did not enter a plea. The case was adjourned until Nov. 17.

In the viral video that was taken on May 25 by Christian Cooper, the active bird watcher had repeatedly told Amy Cooper to leash her pet. Instead, she called 911. Since the video went viral, Amy Cooper was fired by her employer and voluntarily surrendered custody of her dog to the rescue organization she adopted it from. The dog was later returned to her. She has also apologized for her actions and claimed she is not racist. 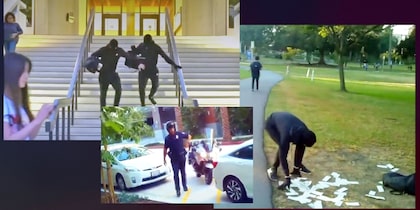 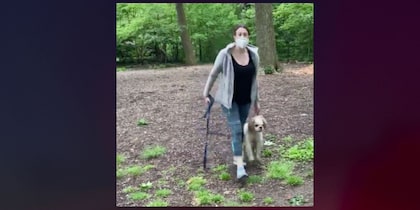