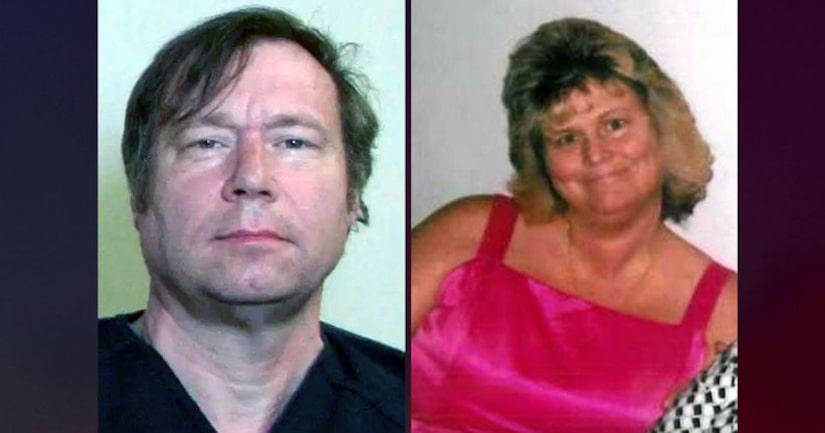 EDWARDSVILLE, Ill. (KTVI) -- A 54-year-old Jerseyville, Illinois man will spend the next 65 years in state prison for the 2010 murder of an Alton woman.

According to the Madison County State's Attorney's Office, Bonnie Woodward vanished June 25, 2010 from the parking lot of the Alton nursing home where she worked. A missing person's report was filed the next day when she didn't show up for work.

At the time, investigators suspected Roger Carroll to be responsible for her disappearance, but several searches did not find anything.

In April 2018, authorities went back to Carroll's property, using backhoes and hand shovels to search a very specific area in rugged and hilly part of the land. On April 12, prosecutors charged Carroll with three counts of first-degree murder.

The case was reopened after Carroll's son testified to the Madison County grand jury. He told the grand jury his father forced him to hide Woodward's remains on the property.

Prosecutors said Carroll shot and killed Woodward the same day she went missing in 2010. Carroll then made his son mow over the grass where Woodward's body was left. Carroll burned Woodward's body and forced his son to shovel and scatter her ashes around the property.

When investigators searched Carroll's land in April 2018, they recovered and identified 25 pieces of bone fragments belonging to Woodward, as well as the shell casing from the gun Carroll used to kill her. Carroll was convicted for the murder in March 2020.

“I'm not going to stand up here and apologize,” Carroll said in court on Thursday, the Alton Telegraph reports, when he was given his chance to speak on his own behalf. “I don't have anything to apologize for. I haven't done anything wrong.

Carroll also blamed his attorneys for advising him not to testify, according to the Telegraph. “I think it was the wrong decision,” he said. He said he plans to appeal.

Madison County First Assistant State's Attorney Crystal Uhe said the murder indirectly involved a dispute between the victim and her stepdaughter, Heather Woodward, whom prosecutors have said Carroll used to lure Woodward to his Jerseyville property where he killed her, the Alton Telegraph reports.

Heather Woodward was 17 in the days leading up to the killing and planned to leave home when she turned 18. Authorities said Roger Carroll used the teen as “bait” for Bonnie Woodward.