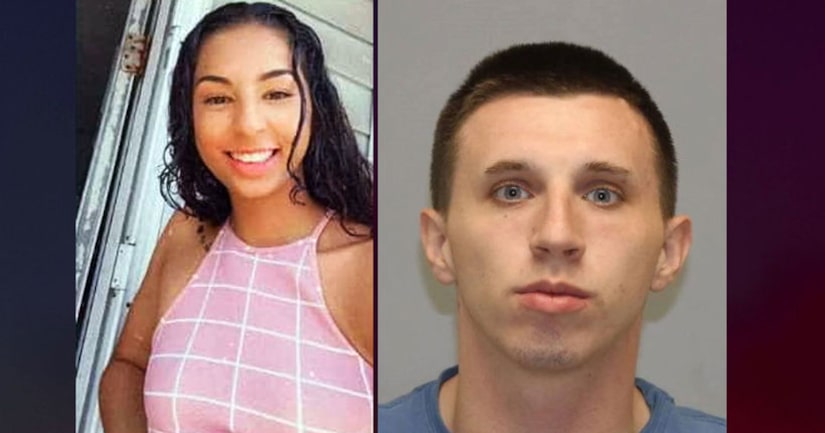 Hood said Garrow-McDonald's husband is in custody on charges unrelated to his wife's disappearance, but the husband was with her around the time she disappeared, WSYR-TV reports.

The Syracuse Post-Standard reports George McDonald Jr. is a “person of interest” in the case, the sheriff said. Investigators have spoken with McDonald about the case and the 24-year-old has invoked his right to remain silent, Hood said.

The sheriff said a deputy on his regular shift found Garrow-McDonald's body Sunday hidden off a path in the area of Canastota Recreation Park around 9 a.m., according to the Post-Standard.

According to the sheriff's office, the body was found outside on North Main Street in Canastota, just a half mile away from the last place Garrow was seen. An autopsy will be performed in order to confirm the identity of the body.

Elizabeth Garrow, 19, was last seen at the Dunkin' Donuts on Peterboro Street in Canastota around 11:45 a.m. on Wednesday. Madison County Sheriff Todd Hood says Garrow was with her husband at that time.

Elizabeth Garrow's husband, 24-year-old George McDonald Jr., was arrested Friday for violating his probation. The charges McDonald Jr. was arrested on are unrelated to Garrow's disappearance, according to the sheriff.

The Syracuse Post-Standard reports George McDonald Jr., 24, was under a court order to stay away from his wife, according to a top county law enforcement official. McDonald was held without bail in the Madison County jail on a charge he violated terms of his probation in a separate matter, but he also faces a charge of second-degree criminal contempt, Madison County Chief ADA Bob Mascari confirmed.

Officials have said McDonald was the last person Garrow was seen with at Dunkin' in Canastota between 11 a.m. and noon Wednesday. Mascari calls the situation “a very suspicious death.”