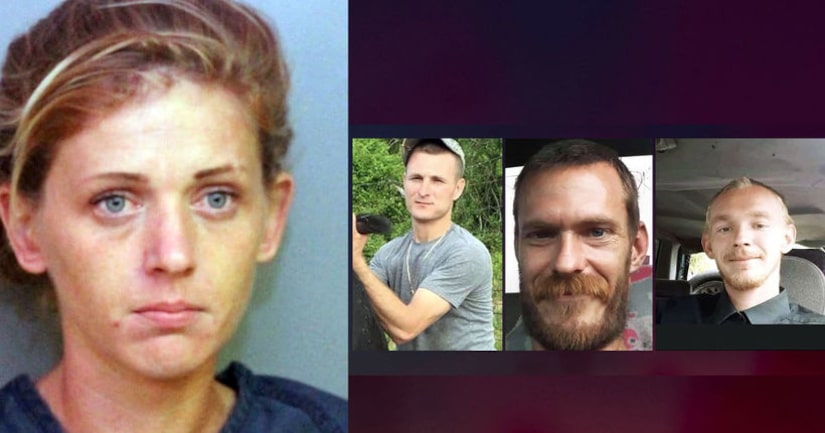 A Florida woman was arrested for allegedly pocketing money she raised on GoFundMe supposedly intended for the families of three men murdered in July, the Polk County Sheriff's Office announced Friday.

Brandon Rollins, Keven Springfield and Damion Tillman were found beaten and shot to death on the night of July 17 at Lake Streety, about 70 miles east of Tampa. Polk County Sheriff Grady Judd said the three men were "massacred." Two brothers and a woman living in the area were arrested for the murders.

A relative of one of the three men killed contacted the Polk County Sheriff's Office to report a fraudulent account on Aug. 10. The relative received a Facebook Messenger link to the GoFundMe page on Aug. 5. The relative advised her followers to report the account as fraudulent.

The account titled "Polk County Triple Homicide, Family Expenses" was quickly deactivated by its creator. It had raised $11,915.

The sheriff's office said information obtained via subpoena from GoFundMe showed the account was created on July 19 and the payment history showed:

The money was entirely spent in stores in the central Florida area and online, and was used to pay bills, according to the sheriff's office.

Deputies said family members did not authorize anyone to create the account, and said they had not received any money from the funds raised, and they did not know the suspect, identified by detectives as Frostproof resident Amanda Brown, 32.

On Sept. 23, Polk County Sheriff's Fraud detectives arrested Brown and charged her with five counts criminal use of personal identification, one count grand theft, one count misrepresentation of proceeds, one count fraud for fraudulently misrepresenting three homicide victims' families and collecting more than $11,000 from GoFundMe on their behalf.

Detectives said Brown stated she created the account without authorization, intending to give the money to the families listed on the account, but spent it once she began receiving the funds. Brown also admitted to uploading all the information to the website, detectives said.

GoFundMe Inc. will refund the fundraiser's donors for the total sum of $11,505.39, the amount raised minus fees by the fundraiser, according to the sheriff's department.