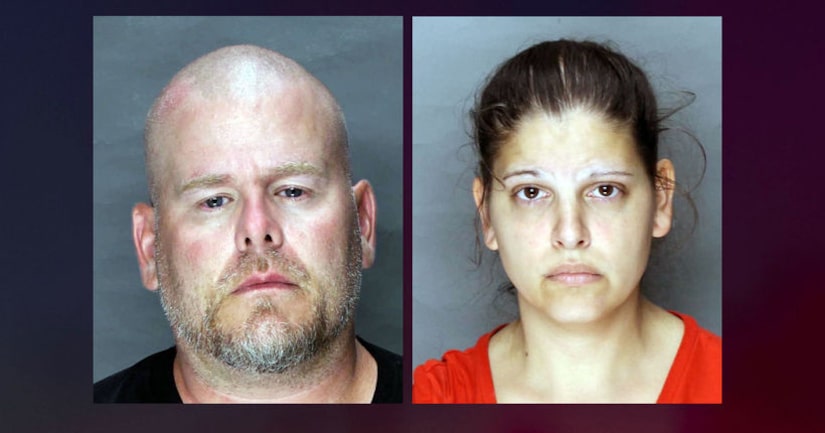 A Pennsylvania couple was arrested for the alleged torture and murder of a 12-year-old boy after the child was dead found in horrific conditions, the Lebanon County District Attorney's Office announced Monday.

Annville Township Police officers responding to a report of a deceased child found 12-year-old Maxwell Schollenberger at a residence on South White Oak Street on May 26, according to the Lebanon County District Attorney's Office. Lebanon County detectives also responded to the scene.

Max Schollenberger was found deceased, naked in a second-floor bedroom, completely covered with fecal matter, the D.A.'s Office said. There were claw marks on the sheets in the stained feces, and moldy fecal matter was reportedly found underneath the bed.

The bedroom had no other furniture, and window shades were taped to the window frames, and the doors were screwed shut. The two suspects admitted they used the hooks to lock the victim inside his room, the D.A.'s Office said.

The other children told detectives about the stench that emanated from Max's, bedroom and how the couple refused to let him out of his room. One child specifically remembered the couple would enter the boy's room, and Max would scream and cry.

A forensic autopsy listed starvation and malnutrition and multiple blunt force traumas throughout the child's head, face, and body. The 12-year-old weighed only 47.5 pounds at his death, and was a height of only 50 inches.

Max Schollenberger was never registered for or attended school and not received medical care since he was 2 years old, the D.A.'s Office said. The other children in the home and other family said they had not observed the child in quite some time.