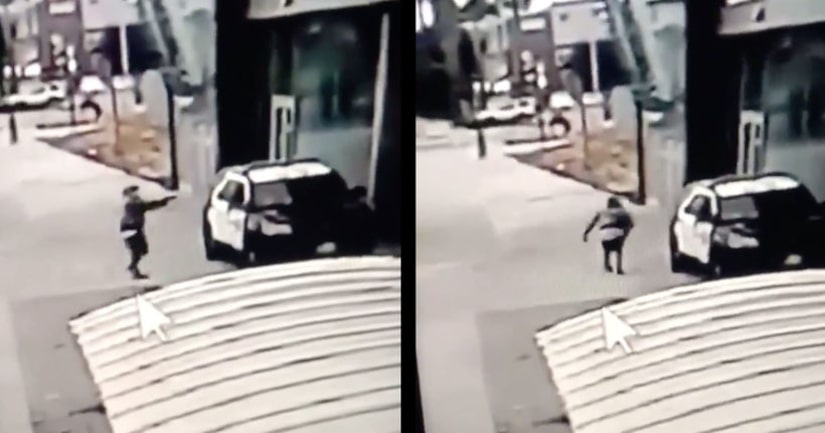 COMPTON, Calif. (KTLA) -- The Los Angeles County Sheriff's Department on Sunday announced a $100,000 reward in the search for a man who shot and injured two deputies in an apparent ambush caught on video.

The attack happened around 7 p.m. Saturday across from the Blue Line Metro station at 275 N. Willowbrook Ave., according to the Sheriff's Department. Surveillance video released by the agency shows a person walking up to the passenger side of a parked patrol vehicle before appearing to open fire and running away.

Update: The gunman walked up on the deputies and opened fire without warning or provocation. pic.twitter.com/cBQjyKkoxJ

Sheriff Alex Villanueva identified the deputies as a 31-year-old woman and a 24-year-old man, who were both sworn in just 14 months ago and worked with the department's Transit Services Bureau.

Law enforcement sources told the Los Angeles Times that at least one of the deputies was shot in the face and the other in the head.

On Sunday, the L.A. County Sheriff's Department announced a $100,000 reward for information that leads to an arrest and conviction in the case. The agency described the shooter as a 28- to 30-year-old Black man who was wearing dark clothing.

Authorities asked anyone with information to call 323-890-5500. Those who wish to remain anonymous can contact “Crime Stoppers” by calling 800-222-TIPS (8477), using the “P3 Tips” mobile app or visiting lacrimestoppers.org.