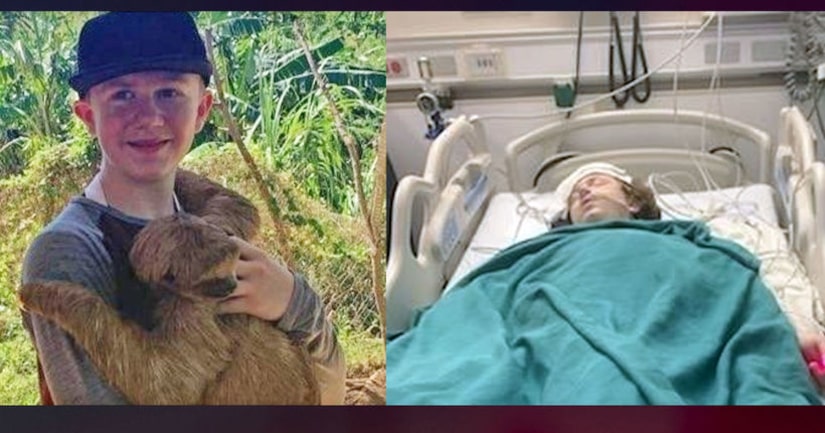 SALT LAKE CITY (KSTU) -- A teenager was hospitalized after he was shot by a police officer in Salt Lake City on the night of Sept. 4.

According to Salt Lake City Police Sgt. Keith Horrocks, officers were dispatched to the area of 500 South and Navajo Street just after 10 p.m. on reports of a juvenile having a mental episode and threatening people with a weapon. Police say the boy fled on foot when officers arrived, and one officer shot him.

Officers administered aid until medical personnel arrived and transported the boy to a local hospital in serious condition.

An officer-involved critical incident protocol investigation was launched, which includes an investigation conducted by local departments other than SLCPD. No additional injuries were reported.

The Salt Lake Tribune reports the juvenile was identified by his family as 13-year-old Linden Cameron, who is on the autism spectrum. Police have said there's “no indication” that a weapon was recovered from the boy at the scene.

The call reported he was having a “psychological episode.”

According to a GoFundMe post, he was hit in his shoulder, both ankles, intestines and bladder, and remained hospitalized in serious condition.

The shooting occurred just hours before a new policy took effect requiring officers to try de-escalation first when responding to most cases, the Tribune reports.

The Deseret News reports Cameron's mother, Golda Barton, called police on the night of Sept. 4 and said she told dispatchers she needed help getting her son to a hospital as he has Asperger's syndrome, is autistic and was having a mental health crisis.

Salt Lake Police Sgt. Keith Horrocks told reporters at the scene that night that the boy “had made threats to some folks with a weapon."

Body camera footage from the shooting is expected to be released by the Salt Lake City Police Department by Sept. 21, the Deseret News reported.