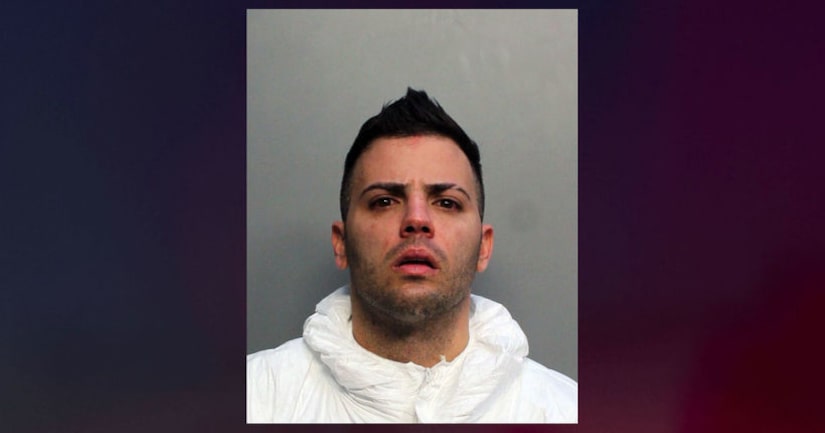 NORTH MIAMI BEACH, Fla. (WPTV) -- A North Miami Beach man called 911 to say he "lost it" and shot his mother to death after an argument about the use of her car, orange juice and a remote control for an air-conditioning unit, police said.

Luis Pages, 29, was arrested Sunday on a charge of second-degree murder.

Miami-Dade County
Luis Pages, 29, was arrested Sunday on a charge of second-degree murder.

According to a North Miami Beach police report, Pages called 911 to report the shooting. When an officer arrived at the home on Northeast 135th Terrace, Pages said, "I killed her. Take me to jail."

According to the report, Pages claimed he asked his mother if he could use her car, but she told him he couldn't "because it was Labor Day and nothing would be open." When Pages walked to the refrigerator and took out a jar of orange juice, his mother grabbed it from him and threw it away, the report said. At one point, Pages claimed, she pulled out a knife and threatened to harm him, but she never acted. He said she also would not give him the air-conditioning remote.

Immediately after shooting her, Pages told police, he tried to shoot himself, but he was out of bullets.