AURORA, Colo. (KDVR) -- The family of Elijah McClain has filed a federal lawsuit against the City of Aurora and several police, fire and medical personnel.

McClain, 23, died nearly a year ago after an altercation with three police officers and after being sedated with ketamine.

The suit individually names multiple Aurora police officers who were on the scene the night McClain lost consciousness as defendants, including the three who confronted him during his walk home -- Randy Roedema, Nathan Woodyard and Jason Rosenblatt -- and the K-9 officer who threatened to allow his dog to bite McClain if he didn't comply with officers' commands.

Mari Newman, the attorney who represents the McClain family, included a transcript of what she believes were McClain's final words at the start of her court filing as a reminder of who McClain was.

"I can't breathe. I can't breathe please. I can't. I can't breathe. I can't breathe, pleasestop. [Groans of pain]. I have my ID right here. I have my ID right (inaudible). Myname is Elijah McClain. That's all. That's what I was doing. I was just going home.I'm an introvert and I'm different. [Sobbing]. I just (inaudible). I'm just different.I'm just different, that's all. That's all I was doing. I'm so sorry. I have no gun. Idon't do that stuff. I don't do any fighting. Why were you attacking me? I don't doguns. I don't even kill flies. I don't eat meat.... I am a vegetarian. I don't judgepeople for anything. I try to live (inaudible), and I respect all life. Forgive me. AllI was trying to do was become better.... But I'll do it. I'll do it. .... To help all life.I will do (inaudible). Even if I have to sacrifice my identity. I'll do it. I'll do it. Youall are phenomenal. You are beautiful. [Groans of pain]. Forgive me. .... [Cry ofpain]. I'm so sorry. I'm so sorry. Ow. Ow, that really hurt. You guys are very strong.Teamwork makes the dream work. [Sobbing]. Ow that hurts. (Multiple very quiet,inaudible statements). Oh yeah I'm sorry. I wasn't trying to do that. I can't breathecorrectly because-- [Vomiting] .... Ok, ok...I can't sense myself. Ow! Ah! Ow!Stop please!... I'm trying.... Please help me."

The complaint also names a fire lieutenant and a paramedic -- Pete Cichuniec and Jeremy Cooper -- who were involved in sedating McClain with the drug ketamine before he went into cardiac arrest -- as well as Aurora Fire Rescue's medical director, Dr. Eric Hill.

The Colorado Attorney General's Office announced Monday it is investigating allegations of patterns and practices of civil rights violations at the Aurora Police Department. 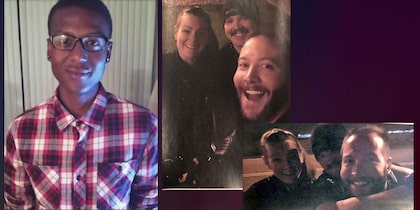 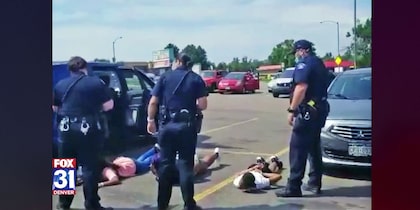