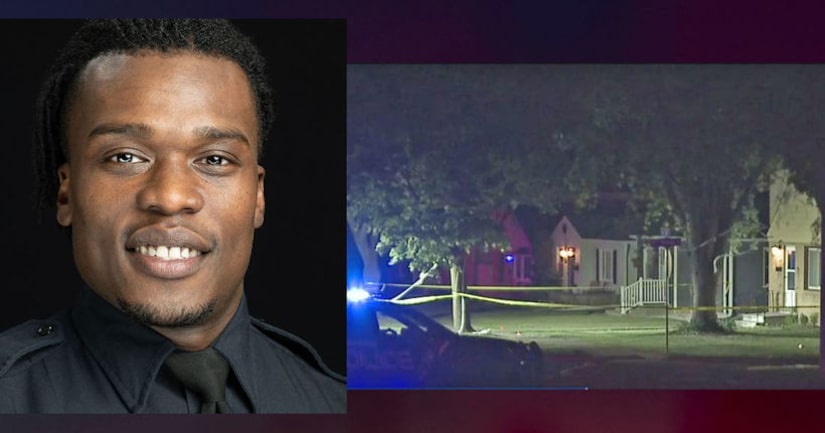 WAUWATOSA, Wis. (WITI) -- Police are investigating an incident that happened at the residence of suspended Wauwatosa Police Officer Joseph Mensah around 8 p.m. on Saturday, Aug. 8.

According to Wauwatosa Police, a group of approximately 50-60 people "targeted and began to vandalize" the home on 100th Street and Vienna Street.

Mensah attempted to communicate with the group but was physically assaulted outside his home, according to police.

Police said when Mensah retreated into the residence, armed protesters approached the rear door and a single shotgun round was discharged into the back door.

Mensah has been involved in the shooting deaths of three people in five years. The 2015 fatal shooting of Antonio Gonzalez was ruled justified, as was the 2016 death of Jay Anderson.

Mensah was suspended by a unanimous vote of the Wauwatosa Common Council on July 15, stemming from the officer-involved shooting death of 17-year-old Alvin Cole on Feb. 2. That case is still under review by the Milwaukee County District Attorney's Office. Wauwatosa's mayor has called for him to "transition from the Wauwatosa Police Department's employment." Mensah is currently on paid administrative leave.

Police said the confrontation happened at Mensah's residence, but in a Facebook post Mensah said it happened at his girlfriend's house.