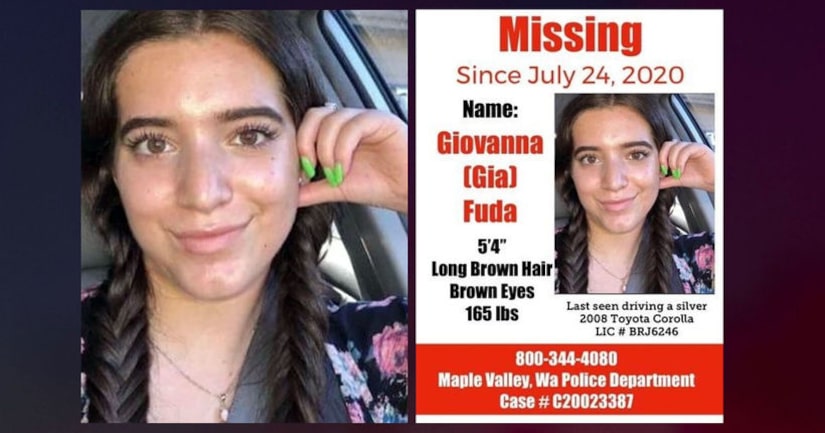 KCPQ-TV reports 18-year-old Giovanna "Gia" Fuda is recovering in the hospital after search and rescue crews found her alive deep in the woods in Stevens Pass after missing for nearly nine days.

#Update Gia Fuda has been found ALIVE!! After 8 days missing she was just found by search and rescue crews. Amazing job by search and rescue and everyone involved who helped to find Gia. Media update at Ranger Station off HWY 2. Call me for ETA. https://t.co/gOqbK3ATEa

King County Sheriff's Office tweeted an update around 3:45 p.m. Saturday that search and rescue crews found Fuda Saturday afternoon at the bottom of a steep ravine about two miles up into the Cascade mountains. Deputies said Fuda was by a stream approximately 3.5 miles from her vehicle before she was found her. Officials said she got lost after leaving her vehicle that ran out of gas on US Hwy 2.

King County Sheriff's Major Crimes detectives now say her disappearance is considered suspicious and believe she may have gotten picked up by the wrong person after she ran out of gas west of Stevens Pass on US Hwy 2.

Fuda's purse was in the car. Her cellphone was gone and is powered off.

#Update KCSO Major Crimes Detectives are now calling Gia's disappearance suspicious.Her purse was found in her vehicle that ran out of gas but her cell phone is gone but not powered on. @KCSAR searched all day.Detectives are asking anyone with information please call 911. https://t.co/ZfZfAVMGGe