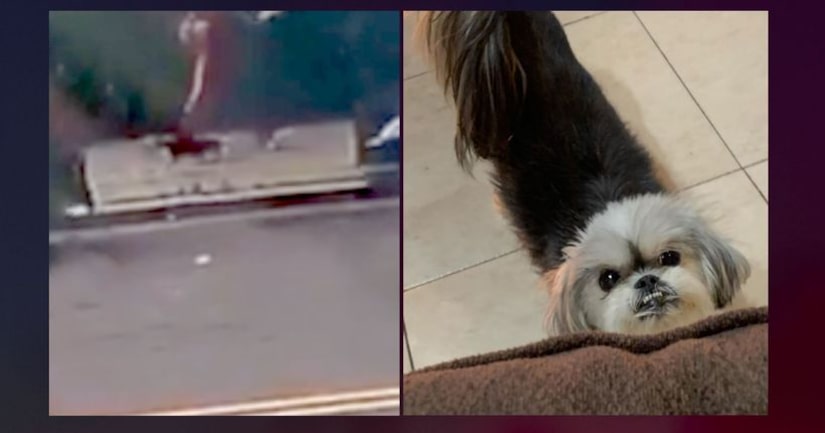 BROOKLYN, N.Y. (WPIX) -- The past 24 hours have been excruciating for a Brooklyn woman who was the victim of a heartless robbery.

Anaika Forbes' 13-year-old shih tzu pekingese was swiped from her parked car. The brazen theft happened Saturday at about 3:45 p.m. on Avenue N near Canarsie Road in Canarsie, where the vehicle was parked.

Forbes, who lives in a basement apartment on Avenue N, was overwhelmed that day dealing with flooding in her unit due to afternoon showers.

“I was just going back and fourth to the car bringing my stuff out, it was raining and just so much was happening,” she told PIX11.

Her dog, Taffy, was placed in the unlocked car during the shuffle.

When Forbes stepped back into her home to grab a few more things, an unknown woman snatched Taffy, Forbes said.

In surveillance footage obtained by Forbes, a woman is seen opening the passenger car door, grabbing the dog and nonchalantly walking away with her by the leash.

“She's not a barking dog. She's super sweet; she would go with anyone,” a tearful Forbes said. “I just want her back.”