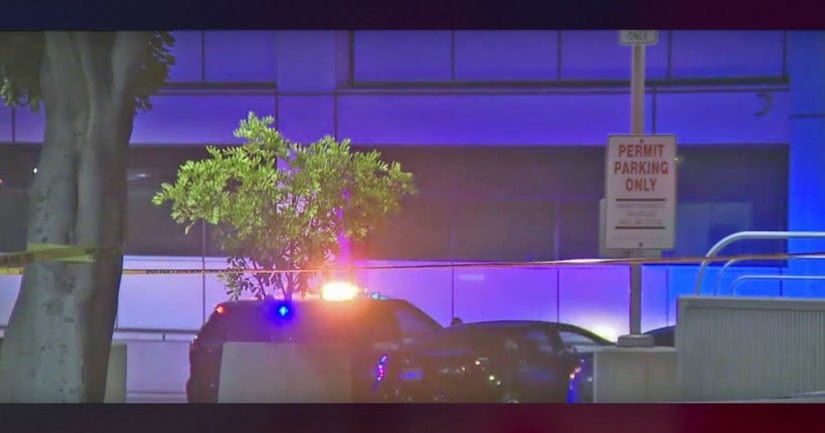 SAN DIEGO (KSWB) -- Officers shot a man after he slipped out of handcuffs, grabbed a gun from the back of a police SUV and fired the weapon at least once Sunday night, San Diego Police said.

The shooting happened around 8 p.m. outside SDPD headquarters. The 25-year-old man was hospitalized for treatment but was expected to survive. No officers were hurt.

The incident started earlier Sunday evening when officers were called to a downtown hotel about a man allegedly causing a disturbance and threatening security workers. Officers took him into custody and drove him to headquarters for processing.

The man was sitting outside in the SUV alone when he slipped out of his cuffs, broke a divider between the backseat and a cargo area, and found a “secondary weapon” in one of the officer's gear bags, police said. Officers heard the commotion and moved back toward the car, but when they saw the man was armed, they backed off.

The officers called to the man to drop the gun, but he kept holding on to the weapon and eventually “fired at least one round,” according to SDPD.

Police shot the man at least three times in the torso. The man reached out the car window, opened the door and got out, running around to the rear cargo area as officers called for him to surrender, SDPD said.

At that point, a police dog was sent after the man. It took him down and bit him, giving officers time to finally arrest the man. “The male was still armed with the handgun at the time of his arrest,” SDPD said in their full news release about the incident Monday morning.