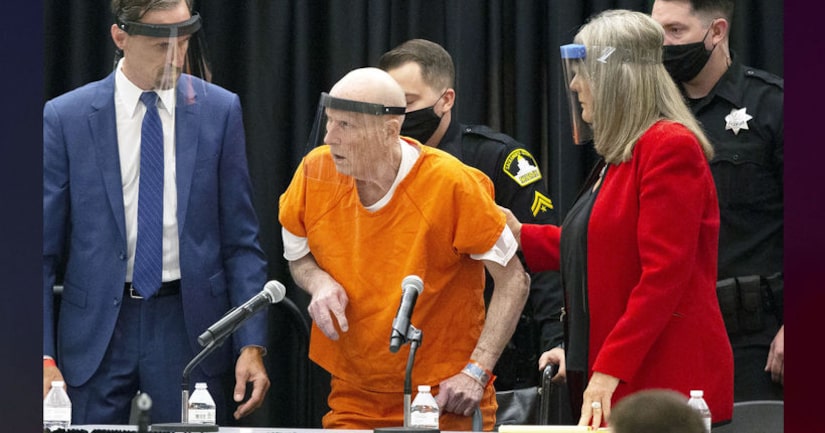 SACRAMENTO, Calif. (KTLA/AP) -- A former police officer who terrorized the Sacramento region as a serial rapist and went on to kill more than a dozen people across California and then evaded capture for decades pleaded guilty Monday to the first of 13 murders.

Joseph James DeAngelo Jr. acknowledged at the beginning of the hearing that he would plead guilty to 13 murders and acknowledge dozens of rapes that are too old to prosecute in exchange for consecutive life sentences and no chance of parole. He said he will enter pleas as part of a deal to avoid the death penalty.

He was arrested in 2018 after authorities used DNA to track him through a popular genealogy website.

A former police officer who terrorized the Sacramento region as a serial rapist and went on to kill more than a dozen people across California and evade capture for decades said Monday he will plead guilty to murder and admit dozens of sex assaults.

To provide for social distancing during the coronavirus pandemic, a ballroom at Sacramento State University was made to look like a state courtroom with the seal of the Sacramento County Superior Court behind the judge's chair and U.S. and state flags on the waist-high riser that will serve as a sort of stage for a proceeding that had a theater-like feel.

A plea deal will spare DeAngelo any chance of the death penalty for 13 murders and 13 kidnapping-related charges throughout California. In partial return, survivors of the assaults that spanned the 1970s and 1980s expect him to admit to up to 62 rapes that he could not be criminally charged with because too much time has passed. 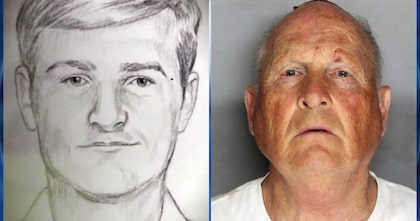