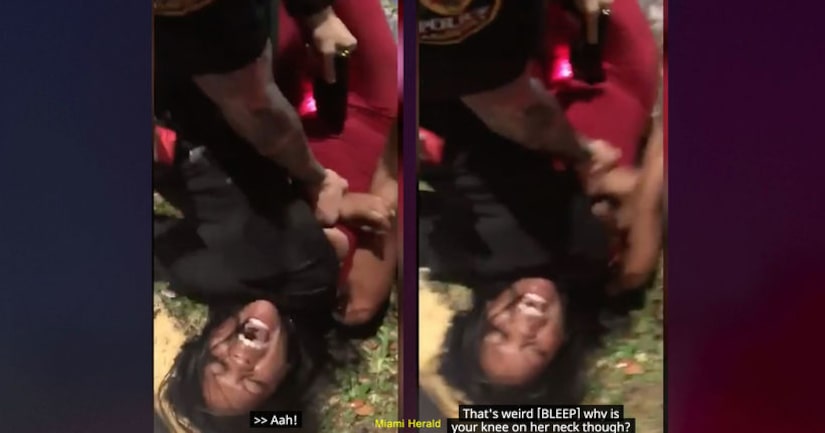 The incident happened in January. Satchell ordered a meal at Tootsie's Cabaret, and after a disagreement with the server, Satchell said she paid her bill and left. As she tried to leave, she says that's when she was stopped by Jordy Yanes Martel.

Martel, 30, was working off-duty security at the club that night, according to WTVJ.

“When he put his hand in my car I knew something was wrong or it was about to escalate and it was about to go wrong. Once he got the door open and dragged me out it was just like all control was lost,” she said.

Martel misrepresented the incident later in his affidavit, which resulted in him being charged two counts of official misconduct and four counts of battery by the Florida Department of Law Enforcement last week, WTVJ reports.

Martel was fired from the Miami Gardens Police Department. He's also being investigated in an unrelated case.