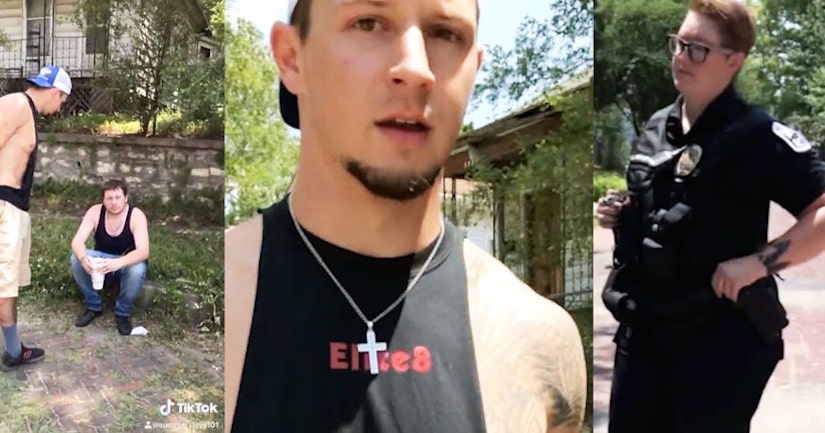 ST. JOSEPH, Mo. (WDAF) -- A St. Joseph police officer is off the streets and on administrative duty. Verbal threats, an invasion of space and a video that tells part of the story led to that decision.

“I'm not working right now. I'm on vacation. I will f--- you up. Sit down,” Officer Brandon Harrison said in a video recorded while he was off duty.

Summer Bohon recorded the video June 17. The man getting yelled at, Max McLeod, is her fiancé.

Harrison continued yelling at her fiancée, saying, “Tell that to a judge. See who they f-----g believe, b----.”

Initially, Bohon and McLeod called police to file a report about a hit-and-run. They said a truck hit their car and took off the mirror at Speedy's convenience store. The shop is just two minutes from their house, where they made the call.

Police showed up. Then, so did Harrison, but he wasn't in uniform.

Harrison can be heard in the video saying, “You don't f----n' lie to her about that bull----,” referring to the officer called to the scene.

The pair wonders why the officer who responded to help did not step in.

Police sent FOX4 the same statement they posted to Facebook, saying in part, “unbecoming conduct on the part of police officers adversely affects the operations of the department and ultimately destroys public confidence in it.”

Police continue to investigate what happened and Harrison's actions. Harrison will remain on “administrative duty” pending the investigation, according to police.