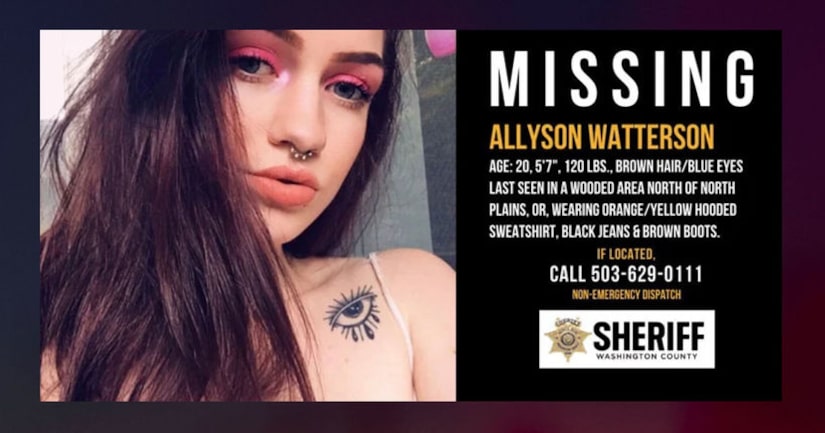 NORTH PLAINS, Ore. (KATU) -- Washington County Search and Rescue spent Sunday in North Plains recovering a body they said belongs to Allyson Watterson, a 20-year-old who disappeared in the area in December.

Deputies tell KATU the remains were found in between two properties Saturday night when a homeowner was mowing an overgrown spot.

In December, Watterson's mother told police and KATU News that Allyson and her boyfriend had been visiting someone in the area when their car broke down, and that they were separated while getting help.

"We can't say for sure until we get confirmation from the medical examiner, but they were confident enough that we could give that notification to the family," Washington County Sheriff's Dep. Shannon Wilde said.

The last person to see Allyson was her boyfriend, Benjamin Garland, currently serving three years in state prison on charges unrelated to her disappearance, KATU reports. According to investigators, Garland was driving a stolen red Ford F-150 pickup around the time of Watterson's disappearance.