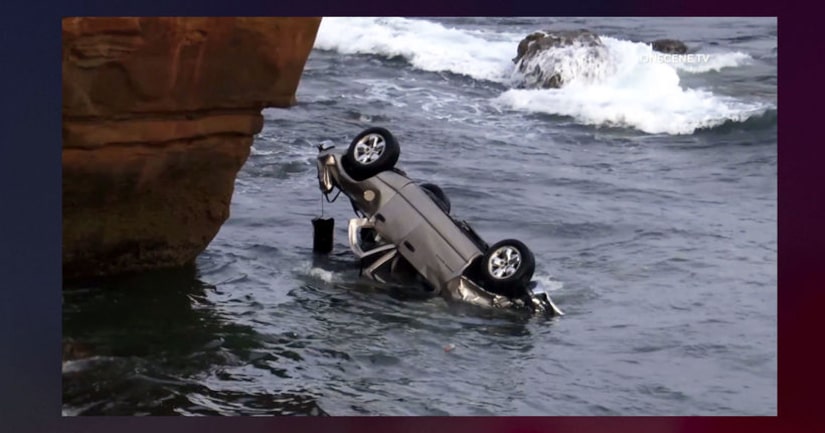 SAN DIEGO (KTLA/AP) -- A San Diego man was in police custody Tuesday and his twin toddlers were in the hospital after he drove off a cliff with them in his car in what police say was a suicide attempt.

Robert Brians was booked Monday on suspicion of two counts of attempted murder, kidnapping and child cruelty, according to the San Diego Union Tribune. Brians could not be reached for comment and it was unclear if he had a lawyer.

Police say Brians' wife called 911 early Saturday and reported that her husband had taken their 2-year-old twins and planned to drive his pickup off the Coronado Bridge, the newspaper reported. When police stopped him after spotting his pickup, he sped away and drove off a cliff into the Pacific Ocean.

A K-9 police officer using a 100-foot-long canine leash rappelled down the cliff and saved the family, the Union-Tribune reports, and the twins are in stable condition.