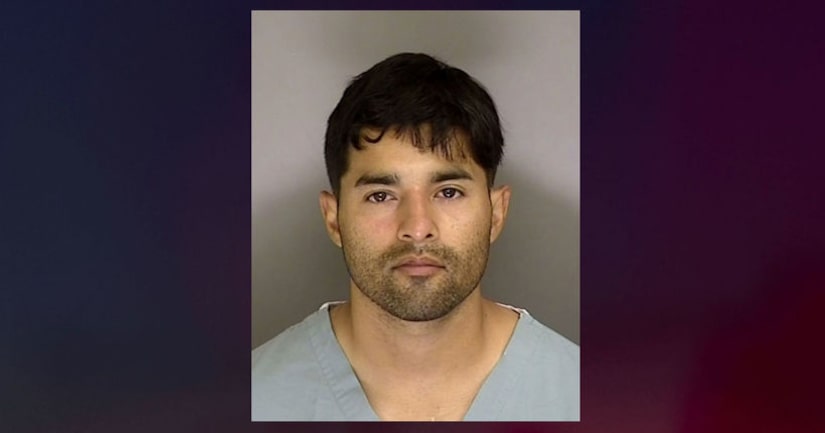 OAKLAND, Calif. (KTXL/AP) -- An Air Force sergeant already jailed in the ambush killing of a California sheriff's deputy was charged Tuesday with murdering a federal security officer outside the U.S. courthouse in Oakland during a night of a sometimes violent protest last month.

In announcing murder and attempted murder charges, federal authorities alleged Staff Sgt. Steven Carrillo had ties to the right-wing anti-government “boogaloo” movement and that the plot to target law enforcement officers was hatched during an online chat among the group members.

Federal security officer David Patrick Underwood, 53, was killed the night of May 29 and his partner was wounded as they guarded the Ronald V. Dellums Federal Building in Oakland while a large and raucous demonstration over the police killing of George Floyd was under way nearby.

Carrillo and an accomplice parked a white van near the courthouse and Carrillo fired an AR-15-style rifle at the guard station where Underwood and his partner were located. Officials said Carrillo used the protest as cover for the crime and for his escape.

Officials also charged the alleged getaway driver, Robert Alvin Justus, Jr., with aiding and abetting the murder and attempted murder. Justus turned himself into the FBI on Thursday while they had him under surveillance.

Carrillo separately faces state charges in the June 6 fatal shooting of Santa Cruz County sheriff's Sgt. Damon Gutzwiller and the wounding of four other officers in Ben Lomond, an unincorporated community outside the beachfront city of Santa Cruz south of San Francisco. Authorities have said that Carrillo, a leader in an elite military security force, ambushed the officers.