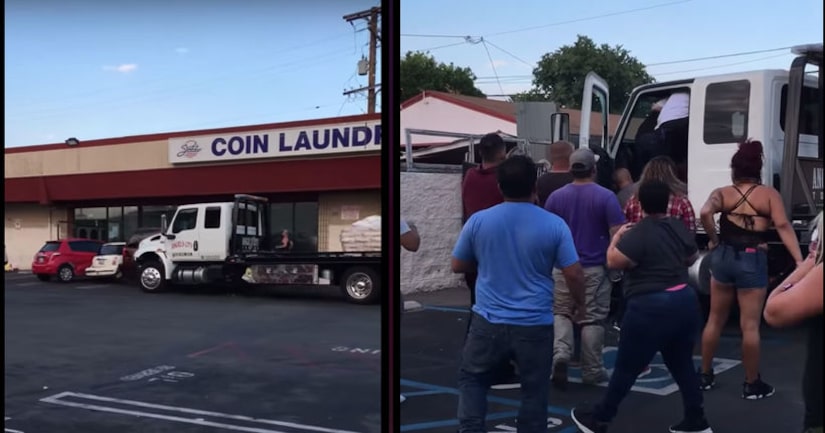 EL MONTE, Calif. (KTLA) -- A tow-truck driver rammed into multiple vehicles in El Monte Saturday, and a bystander caught some of the incident on camera.

The suspected drunk driver hit three vehicles at an intersection on Valley Boulevard around 7 p.m., just before entering a shopping center parking lot and slamming into another 12 cars.

YouTube video shows someone throwing a rock at the truck's window and a crowd trying to open the door as it comes to a stop. The truck goes forward and crashes into a metal fence.

Police arrived and took 38-year-old Alex Moreno out of the truck. He appeared to be unsteady on his feet.

The Angel City truck was not stolen, according to police. 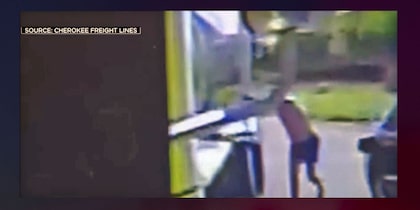 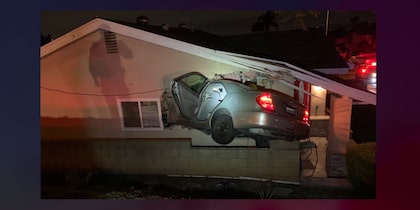 Video: Driver, passenger run away after smashing car into home 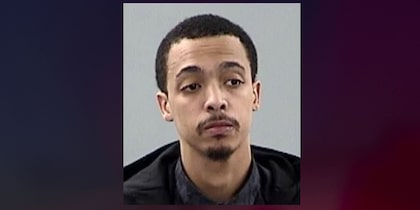 Driver's-ed school suspended by DMV after instructor's DUI during lesson